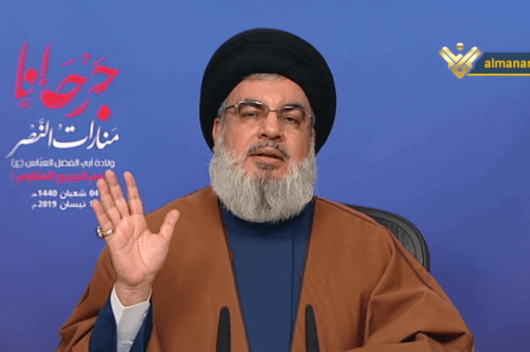 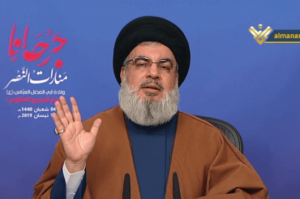 Hezbollah Leader Hassan Nasrallah delivered a speech on the occasion of the Wounded Resistance Fighters Day on Wednesday, during which he lambasted the United States for designating Iran’s Islamic Revolutionary Guards Corps (IRGC) as a terrorist organization.

The US move against the IRGC proved Washington’s failure in the region, Nasrallah said, describing the move as “the highest level of stupidity.”

The IRGC not only supports the Iranian people, but also the people of the region, he said, adding “it is our duty to stand with them and to stand side by side with the IRGC.”

He said that the US is at the top of terrorism, while the IRGC has sacrificed a lot to counter US-Israeli hegemony. The IRGC is the strongest, the most influential in the regional equation, according to the leader of the Hezbollah. Americans’ plot in the region were defeated by resistance forces, Nasrallah went on to add.

He lamented the fact that the US has labeled the Islamic Jihad, Hamas, and Ansarullah terrorist groups while it stands at the top of terrorism itself.

“Tens of thousands of civilians were killed and injured in Hiroshima and Nagasaki atomic attacks carried out by the United States,” he reminded.

Nasrallah added that the US President Donald Trump’s move against the IRGC was a huge gift to Israeli Prime Minister Netanyahu before the regime’s elections.

Iran’s IRGC was blacklisted because it is a strong force against US plots in the region, he stressed. The Hezbollah chief further described the IRGC designation as an act of stupidity on US’ part.

Elsewhere in his speech, the Hezbollah leader pointed to the crisis in Yemen and slammed the silence and passivity of the international community in the face of Saudi-led aggression against Yemeni people.

Nasrallah lamented the continuation of war on Yemen by Saudis, adding that Saudi Arabia is helping the US eliminate the Palestinian cause to please Israel. Hezbollah leader said that all options were on the table in case Washington takes steps that ‘threatens our nation.’

He added that Iran and the Resistance forces have so far only reacted to the US sanctions by condemning them, while that policy could change in appropriate time.

He went on to point out that there will ‘definitely’ be appropriate response to the US certain measures, stressing that the Resistance forces have many strong cards to play. The US and Saudi Arabia are trying to sow division among Muslims in the region, the Hezbollah chief noted.

He went on to say that US incitement policy continues despite the fact that Secretary of State Mike Pompeo’s recent trip to the region ended in failure.

Lebanese must cooperate and avoid responding to US incitements, the Hezbollah leader underlined, warning that the US is trying to provoke Lebanese factions against each other. He then highlighted that resistance is the only path for Lebanon towards progress and prosperity. 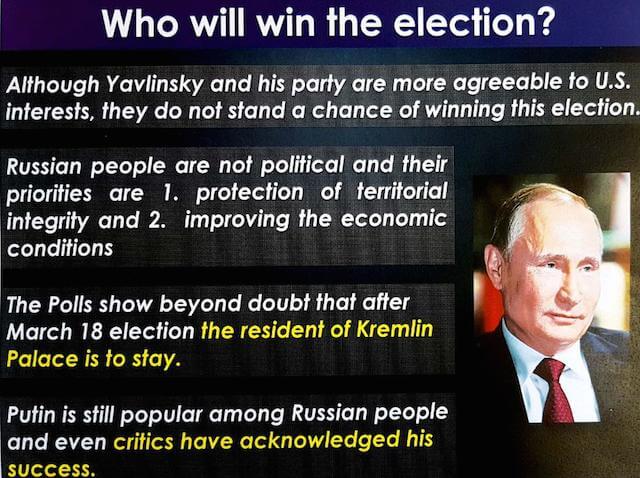 US, Europe meddle in Russian elections

Russian elections - Tensions have escalated between the United States and Russia. These tensions have also appeared in various parts of the world, including Syria,… 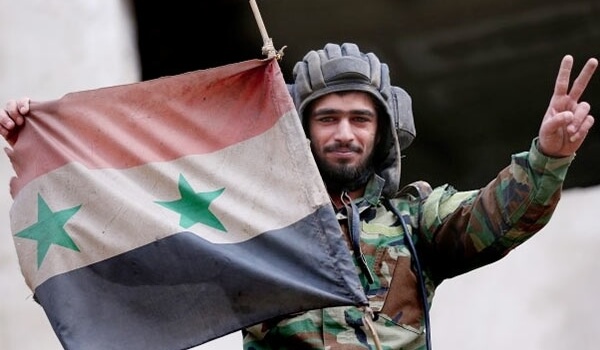 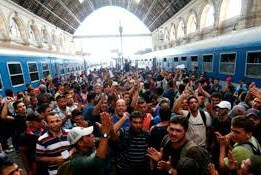 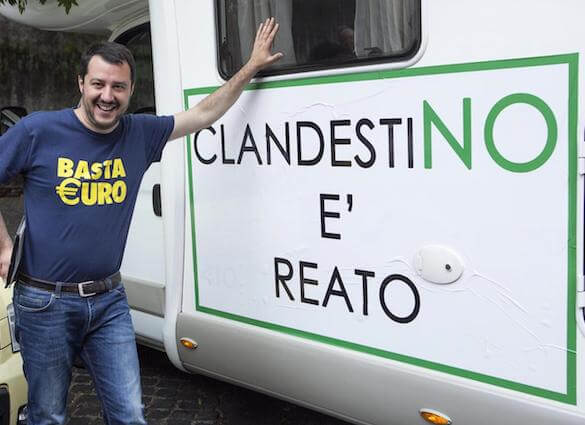 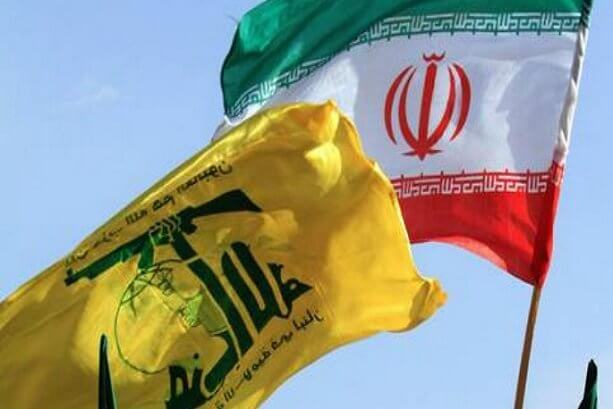 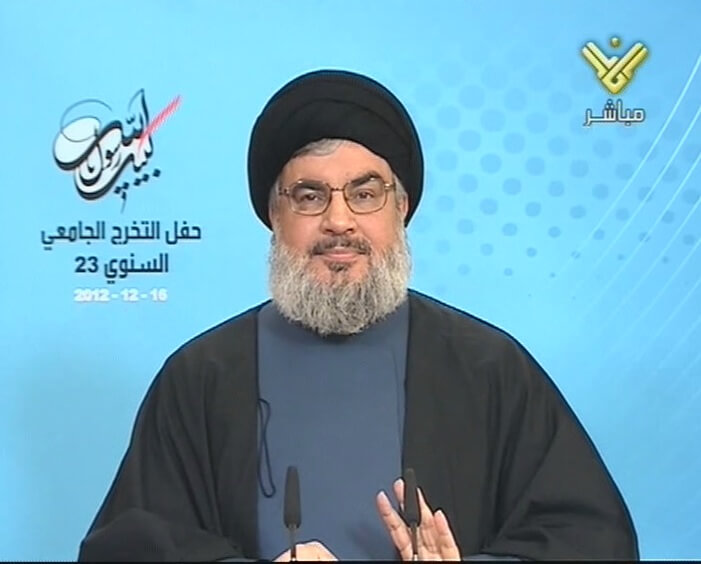 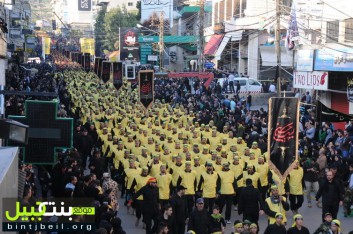