Whether her father, son, brother, or husband were martyred, any Hizbullah daughter, mother, sister or wife would feel indescribable pride and honor for the sacrifice she made for the sake of the nation’s main cause; freedom and land protection

“The reality we are living represents a confrontation against an enemy… this reality is understood by both the Lebanese society, comprising all sects and classes, and the environment of resistance which embraces all families, mothers, fathers, sons and daughters of resistance fighters… everybody understands this, and feels the threat in a way or another,” explained Mrs. Fatima Nasrallah.

Mrs. Nasrallah is the mother of martyr Mohammad Abbas Yassine, who was martyred upon fulfilling his duties in 2008. Her son served as a volunteer in the Civil Defense Unit of the Islamic Health Society. Going further, she stressed that the aforementioned threat obliges the society to accept the concept of defending the nation, the people and their honors. Hence, this feeling will be embraced by all family members.

“When talking familywise, we start with the mom, then comes the dad and the children; all family members are convinced with the necessity to confront this brutal enemy, which, if allowed, would have abused the land, honors and literally destroyed everything,” Mrs. Nasrallah added.

The mother knows very well that when the goal is as huge as defending the nation, then the sacrifices will be huge enough to maintain the equilibrium of such an equation. “I don’t say that when a member of the family is martyred, the others don’t care. It is totally the opposite.”

For her, on the emotional level, when a member is martyred, this means pain, sorrow and loss for a dear beloved for the mother, the brother, the wife, the sister and the brother. It is very painful, but it doesn’t change the families’ general stance.

“Why do we tolerate martyrdom? We don’t say that a human should be stripped from emotions when believing in certain cause, but when a person is equipped with sufficient love of land, this means that he/she is emotionally mature. The emotionally mature person, when experiencing martyrdom, his/her affection doesn’t omit the fact that the families are convinced with the importance and necessity of the act of resistance.”

The mother, who is ready to sacrifice all her family and herself for the same cause, stressed that, unlike what is being rumored in some milieus, we are not the group of people who love death. It is totally opposite. Most of our martyrs, who are in a fresh age, are the model of people who love life. They are university students, fresh graduates or newlyweds. It is noticeable that they like to be in style and to wear nice clothes. On the personal level, they reflect the type of individuals who love to hang out, join friends and enjoy life.

Adding to her personal experience, Mrs. Nasrallah described the moment she learned her son was martyred: “As a mother, I had two mixed feelings at once. I first felt that my son had won. He won the afterlife divine blessings. On the other hand, I felt that I lost my son. Experiencing both feelings was not easy at all. But at the moment, I turned my face to Allah, I told Him: You are the one who will support me. Honestly, I am not exaggerating, my all was with my son, and I felt at the same moment that I was feeling what he is feeling and seeing what he is seeing. For me, it was a supernatural experience, being physically on Earth while spiritually in the afterlife. I was truly as such.”

“As for now, I would never think, if time went back, that I would protect my son and deprive him from joining the Civil Defense Unit, at all. He would return to the civil defense, and if he was martyred I will also be patient, and above all I wish that his siblings be on the same path, and they are indeed, to continue the same path. If Allah almighty wants to test me again, I believe I became more ready for accepting and tolerating it.”

The lady believes that “we have all the abilities to confront, we would not achieve victory today, but we will make it tomorrow. We are fulfilling our duties towards Allah, and He is the one who supports us. Although our path will be long, we should keep it up with determination, awareness, will and consent.”

For her part, Mrs. Zeinab Krayyem, wife of resistance martyr Hassan Hussein Shalhoub from the southern village of Qana, who was martyred during the July 2006 war on Lebanon, said that the relationship between the martyr and his family is more of an integrated life. This means that both partners would be on the same path, convinced with and devoted to it; although a man’s role would physically end upon his martyrdom, yet it will be continued through the behavior of his wife, children or any other family member.

Mrs. Krayyem, a mother of two young boys and one girl, stressed that she wouldn’t have accepted marriage unless her husband was a resistance fighter. Furthermore, she added that her sons must follow up the path of their father, and her daughter will continue her studies and education, but when she wants to get married, the priority is for a groom who is a resistance fighter, in other words, a person who defends the land and protects its people. Nonetheless, the lady’s principles and priorities are not one of kind; rather this logic identifies the entire environment of resistance.

When asked about the moment she learned her husband was martyred, the lady didn’t deny that she felt sad for losing him, yet she stressed that the following holy Quranic verse was always in her heart: ﴾Never will you attain the good [reward] until you spend [in the way of Allah] from that which you love. And whatever you spend – indeed, Allah is knowing of it.﴿

According to her, the main role after her husband’s martyrdom was to raise their children. “Although many people would not believe it, I say that my relationship with the martyr has never ended. He helps me a lot in raising them, and he sends me several signals when I feel I am confused.”

Furthermore, the mother noted that her children’s relationship with their dad is as strong as if he was still living among them. We all believe that he has preceded us to a place, and once someone of us follows him, then this member would also reach perfection.

The lady additionally stressed that her sacrifice is nothing compared to the sacrifices made by the household of Prophet Mohammad [PBUH], namely his granddaughter Sayyeda Zeinab [AS] on the day of Ashura, when she offered her all in Karbala’s battle for justice. “We are way far from the level they have reached.”

Sayyeda Zeinab is the daughter of Imam Ali and Sayyeda Fatima [AS]. She was the heroine of Karbala as she stood up against the tyrant Yazid bin Muawiyah when he was mocking the martyrdom of her brother Imam Hussein [AS], whose cause was attempted to be silenced by Yazid and his minions, but proved failure. The cause of protecting Islam survived in the souls of the believers. Although Imam Hussein’s body was martyred, yet his thought and belief survived all times and circumstances to reach our very day, since more than three past centuries.

As a decade long have passed on her beloved one’s martyrdom, the mother sees in their daughter the continuity of her father’s path. The daughter, who has always been looking her martyr father as a hero to follow, will later be responsible for her own family that she wants to raise on the same path.

“Unless martyrs have sacrificed their blood ever since the 1980s, we wouldn’t have been living the liberation with dignity and honor,” the lady emphasized.

Accordingly, Mrs. Krayyem noted that the Martyr’s Institution undertook responsibility of her family the moment the father was martyred. The institution has been responsible for the living, the education and all needs of her children, just like it does to all other martyrs’ families.

Relatively, Islam, the message of peace rather than what is being spread by the extremist sects, defines martyrdom as the death for the sake of fulfilling a sacred humanitarian cause, or in the cause of Allah, while learning the potential dangers all the way.

Hence, the two main pillars upon which martyrdom is based are first the sacredness of the goal; which is death on the way to fulfill the sacred goal that is in the cause of Allah. The second is that the martyrdom happens while the martyr has enough knowledge and conscience of what he/she is doing. The martyr’s responsibility in Quran is represented by the resistance, which leads to conscience death on the way of the sacred goal.

The blood of a martyr may be shed by the enemy, yet the role he performs surpasses the scene. The martyr’s blood would never be shed on the earth, rather every single drop of it would give birth to thousands others, a sea of blood that floods the society to raise an entire generation of freedom fighters who are ready to fight tyrants of every time and aware of the main cause to get rid of oppression wherever it tries to settle.

The society of resistance, strong in its beliefs, is a different kind of people. A society that is superior in its humanitarian standards, knows very well how to set dignity prior to any other materialistic element. This community would never bother sacrificing life, entire life, with all aspects, to maintain free life for the coming generations.

Occupation, humiliation, tyranny, arrogance or oppression? Such concepts are definitely unaccepted by Hizbullah community. Women in Hizbullah rather teach their children before they are born how to take Imam Hussein [AS] a role model in their everyday behavior.

When it happens in a school in south Lebanon that the very young daughter of martyr Mohammad Hazime was serving sweets to her friends and teachers, and then a teacher asks her for what is this? The daughter said it is because my dad became a martyr, then this makes no surprise that a lady, while her martyred son is taken to his tomb, throws flowers, is dressed in white and welcome those paying condolences with a magic smile.

The patience laid upon those great people’s hearts is not something strange for those who understand the meaning of dignity; although it makes us feel shy of the negligible sacrifices we think we might be offering. However, it would certainly be unexplainable for those who are ready to do whatever dirty actions in return of money and privileges! 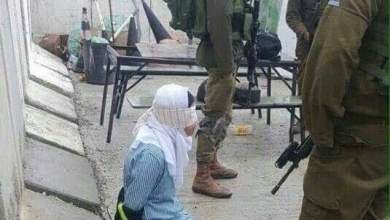 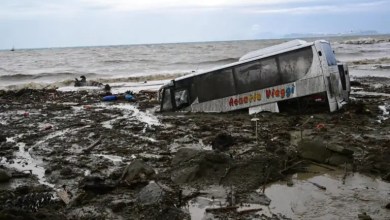