Mehr News Agency – Marzieh Hashemi, aka Melanie Franklin, is a veteran American-African journalist who has converted to Islam, in the wake of the 1979’s Islamic revolution and has worked as a journalist in the Islamic Republic of Iran, since 2008. Last week, Mrs. Hashemi was abducted by those who day and night preach on freedom and democracy. In her recent flight to the US, in which she wanted to visit her ailing brother, Mrs. Hashemi has fallen the victim of Washington’s racist, bigoted and arrogant imperialist practices. Her rights have been blatantly infringed firstly as a citizen (specifically black), secondly as a Muslim woman and thirdly as a journalist.

One who knows Mrs. Hashemi recognizes her distinct humanitarian sense and great personality. She has been inspired by the political and social tremor that shook humanity in the early eighties; led by Imam Khomeini (RA), the founder of the system, which sponsors human rights, supports the oppressed and empowers women.

The Islamic Republic of Iran was an outlet for an active woman such as Mrs. Hashemi, who is sincerely concerned about others and their righteous causes. On Press TV, she has frequently appeared to transparently and objectively dissect and analyze news and political events. She has often interacted, shown her passion and cried over the subjugated and the oppressed because she is a human being who embodies the principles of sympathy, consideration, and compassion, and which are specifically authentic Islamic values.

A revolutionary woman, with every sense of the word, who has armed herself with the Hijab in the course of her missionary work. She has been keenly aware of the greatness of this crown that has singled out Muslim women and reflects their moral, religious and political identity. Mrs. Marzieh Hashemi has not limited herself to journalism; however, she has devoted her youth and strength to the Islamic missionary work and to reflect the oppression of African-Americans.

Mrs. Hashemi has worked to disseminate the values of authentic Islam and refuted all the radical currents that violate the core teachings of this religion. She is a beacon of resistance for her determination, perseverance, courage, and patience. For this reason, Mrs. Hashemi is abducted today just like every woman who follows the line of Sayyedah Zainab (PBUH). The latter, 7th Century revolutionary heroine of Ashura uprising, constitutes a role model for every Muslim woman, they arm themselves by her brilliant stances and dedicate their lives like her to the service of their nation.

Obviously, Mrs. Hashemi has revealed Washington’s mask, which on daily basis allegedly claim to be sponsoring freedom and democracy. She has revealed the hypocrisy of this Machiavellian administration, which unfortunately some still bet on. Mrs. Hashemi has spoken loud about the atrocities committed by the imperialists.

It is now crystal clear who is behind fanaticism, terrorism, and racism. It is the United States of America, the colonial imperialist empire, the cradle of Islamophobia. Today, Mrs. Hashmi is unlawfully tried because of her Islamic principles, which never distinguish between a white and a black, between a woman and a man; which protects women and preserves their rights since the 7th century.

No one will move today to exploit Hashemi’s case, along with Esra al-Ghomgham (Saudi activist), Hajar Mansour, Amira al-Qasa’ahmi (Bahraini activists) and the wife of Sheikh al-Zakzaki, and many other women who are illegally detained, in the dungeons of the arrogant regimes, as they have exploited the runaway Saudi teenager Rahaf al-Qunun’s case.

Regardless of the credibility of what this teenager claimed; who was already living under a system that does not reflect the original Islamic teachings; she has sparked the hypocritical West’s attention because her case is a good investment for twofold purposes: to ‘milk’ the Saudi regime and to misrepresent Islam. Rahaf takes no notice that she has moved from prison (A) to prison (B), where she would be protected by no one and where the phantom of Western ‘Freedom’ would cost her dear.

The Hijab of Mrs. Hashemi, and other illustrious revolutionary women, is undoubtedly feared even before her righteous voice since she is perpetuating the steadfastness and resistance methodology of Sayyedah Zainab; put in her echoing words while addressing the arrogant oppressor of her time, “I swear by God that you shall never be able to erase our memories.”

Mrs. Hashemi has been providentially freed by the authentic Islam that the Islamic Republic of Iran upholds; the Islam which relies on empowers and honors women. This agitates the colonizer, who works studiously to fragment Muslim societies, through its Soft War propaganda.  Just the opposite, Iran regard women as put by Imam Khomeini’s words, in which he equates women with the Holy Qur’an. The late Imam Khomeini maintains that both the Holy Quran and women “build the character of human beings.”

Women, like Mrs. Hashemi, tutor courageous scholars, leaders and devoted martyrs of truth. The US administration wants to make women cheap commodities in its most dangerous war; the war of minds, as when women are absent, weakened and marginalised; the nation collapses and deteriorates.

Unlike the criminal terrorist Maryam Rajavi who led the terrorist Munafikin-e Khalq Organization (MEK or MKO), who has so far killed thousands of innocent people; Hashemi has always fought terrorism and racist policies in her own unique strategies. The terrorist Rajavi is backed and sponsored by the US for she serves their interests; summarized by demolishing counties, spreading chaos and committing atrocities.

What Rajavi orchestrates is criminal conspiracies, whilst what is managed by Mrs. Hashemi is a huge media project aims at uncovering the false allegations and refuting mainstream media fake news sponsored by American, British and Saudi governments. Mrs. Hashemi has been the sound of free journalists, who were murdered, merely for they had settled, to tell the truth, such as her late colleague and compatriot, the American Press TV’s correspondent Serena Shim.

Currently, there has been speculation that Mrs. Hashemi is incarcerated in connection with her latest documentary, entitled ‘Black Lives Matter.’ For God’s sake, tell me if highlighting the sufferings of her African-Americans fellows is a crime, what shall we call, for instance, the August’s the US supplied airstrike that killed 40 children on Yemen school bus, in which a 227kg laser-guided bomb made by Lockheed Martin was used? What shall we call selling the Saudi criminal regime billions of dollars worth weapons? What shall we call the murder of Jamal Khashoggi?

Today, Mrs. Marzieh Hashemi is persecuted in the same brutal way that her African-American ancestors were persecuted. Her freedom of expression and faith are shamefully violated in flagrant breach of the international conventions that guarantee freedom of belief and conscience. In addition, she is unlawfully prosecuted without any clear and explicit charge.

Whatsoever, this great journalist has now become a thrust to each and every journalist to confront arrogance and its tools with utmost strength, determination and perseverance; armed with their full Zainabi Hijab. Our least duty is to be her voice, to tell her words and to reflect her persecution until her freedom, Insha’Allah. 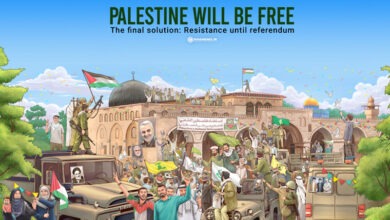 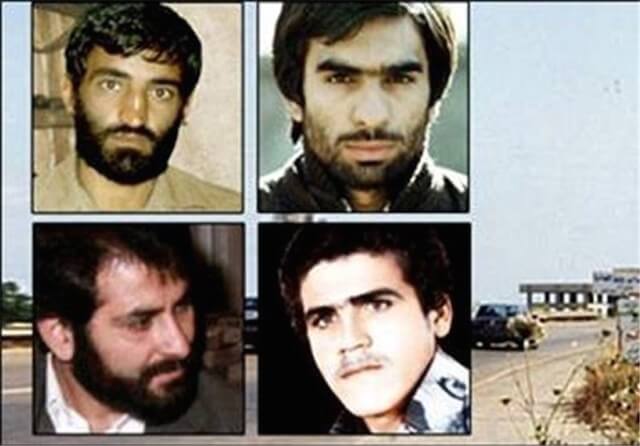 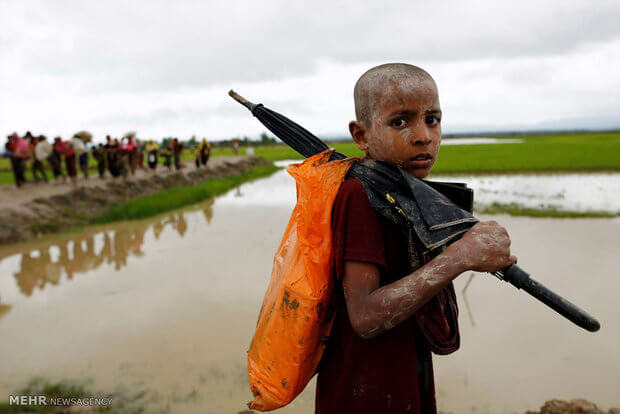