Those who follow the Western media, especially the American outlets, covering the recent battles in the Arsal outskirts, would think that the West has just discovered Hezbollah, or at least its journalists have discovered one side of the party they had deliberately decided not to recognize and hide for years. Western media, especially the American media, is good at framing and categorizing parties, people, nations and cultures as dictated by American policy. It molds everything in a way that is often reductive, then generalizes and repeats it turning it into a constant reality for the recipients. Hezbollah, for example, since the 2000 liberation [of southern Lebanon], has been the “Iranian-backed extremist Shiite militia” which the US media accredited with roles and accusations that sometimes went beyond the limits of professional standards, especially during its coverage of internal Lebanese affairs starting in 2005.

Hezbollah remained a militia in the eyes of the West that “threatened the existence of the Lebanese state and the Lebanese people” in each of their accomplishment and after every move, even in the form of a peaceful popular demonstration in one of Beirut’s squares.

During the July 2006 [Israeli] aggression and following the victory of the popular and armed resistance, Hezbollah became the “militia with sophisticated missiles” that “led the Lebanese into a costly bloody war with ‘Israel’ causing the destruction of Lebanon.” Some US media recognized at the time Hezbollah’s military strength only to point to the size of “the threat and danger posed by the party to Israel”. This American media did not want to make any effort to explain the identity of the Lebanese Hezbollah and its rooted relationship with the basic components of the Lebanese society and its presence in the state institutions including the Parliament.

Then came the Syrian war. The classification became even tighter. Hezbollah was listed in the sectarian “catalog” on which most American coverage and analysis was based: “the Shiite Hezbollah supports the Alawite Syrian regime against the Sunni opposition.” Even after the emergence of extremist groups and al-Qaeda, most Western media did not want to recognize Hezbollah’s role in fighting the terrorists. How could a terrorist party fight terrorism? For them, the solution was to continue with denial and superficial classifications.

During the battles for the Arsal outskirts two weeks ago, no one can claim that the US media suddenly became fond of Hezbollah or that the journalists abandoned their prejudices and politicized classification. But it can be asserted that for the first time since the liberation in 2000, a large part of the American media has recognized Hezbollah’s “defensive role in Lebanon” and admitted it was “fighting terrorism” in Lebanon and Syria. The tour organized by Hezbollah for a large number of Western journalists to the outskirts after the battles ended, undoubtedly had an impact, but it remained “a propaganda tour for one of the parties to the battle after its victory” as described by most of the journalists participating. What got stuck in the minds of the correspondents and occupied some of their headlines were the words of Hezbollah’s media official, Mohammed Afif, who included political stances addressed directly to the US president. “Hezbollah is the one who fights terrorism while Washington continues to support it in various forms,” he said in response to Trump’s statement before the tour when the latter put Hezbollah in the same slot as Daesh, Nusra, and Al-Qaeda with regards to the Lebanese state and fighting terrorism.

Even before the media tours, most of the American articles on the battle of Arsal included passages that define the party, its origins and present. The new addition, though, used phrases such as “Hezbollah fought the ‘Israeli’ occupation of parts of Lebanon”, “a Lebanese political party”, “a fundamental component of Lebanese political life for years”, “has a popular base beyond the constituent Shiite environment” and “has not attempted to impose its religious views on the multi-sectarian Lebanese society”. In addition to recalling that the current government “was formed in accordance with it” and that “the Lebanese state does not fight it.” It is a new revised biography of Hezbollah that has not been seen by Western media since the founding of the party.

The limits and nature of the relationship between Hezbollah, the Lebanese government and the army seemed to be very complicated for journalists, but most of them pointed to the positive nature of this cooperation, especially in the recent battle in the Arsal outskirts. “If Hezbollah does not fight in cooperation with the Lebanese army, it fights in coordination with it,” concluded an article published in The Global Post and USA Today. It explained the views of the party’s critics who opposed its role in Lebanon and Syria, adding that “regardless of Hezbollah’s intentions, its growing strength inside and outside Lebanon will resonate for some time.” It asked: “How can the Trump administration impose new sanctions on Hezbollah without contributing to the slowdown of the battle against Daesh and its comrades?”

While some of the Lebanese political forces at home objected to the cooperation of the Lebanese army and Hezbollah and feared its consequences, some American journalists pointed out that “Hezbollah and the Lebanese army worked to prevent the entry of extremist fighters into the country” through the Syrian border, as mentioned in Newsweek for example. Meanwhile, The Century Foundation described the relationship as “a strange, but effective coalition”, pointing out that “Hezbollah quarterbacked a campaign that featured its troops, battle-hardened after five years on the front lines in the Syrian conflict, fighting with support from the Syrian and Lebanese militaries.” It is worth noting that most articles pointed to the extensive assistance that the Lebanese army receives from Washington.

Perhaps one of the most prominent news headlines on the subject was the headline of the Associated Press report, the day before yesterday, which said: “Despite Trump’s claim that the Hezbollah operation strengthens the role of Lebanon”. It explained that there is “a clear distribution of roles between the army and Hezbollah. The report added that “Hezbollah has largely succeeded in portraying its participation in the Syrian war as being aimed towards protecting Lebanon from al-Qaeda and Daesh groups that occupied the Syrian-Lebanese border in 2014.”

As for the growing influence of Party of God and its transformation into a major regional force, The Century Foundation article pointed out that this has brought about a “change of roles in the Middle East”, pointing out that Hezbollah “has emerged from the disarray in Syria as an indispensable national and regional actor with reach, strategic vision, and capacity.” It should be noted that one of the authors of the article, Thanassis Cambanis, had written in 2012 an article entitled «How the Arab Spring Killed Hezbollah», mourning the party as well as its role and popularity at the time.

Is the American media introducing a ‘new “Hezbollah’? “The Party of God entered the Syrian war as a dominant force inside Lebanon; it appears set to emerge from it as a decisive regional player, likely to be as powerful in the coming period as most of the Middle East’s full-fledged states,” concluded Cambanis’s article. 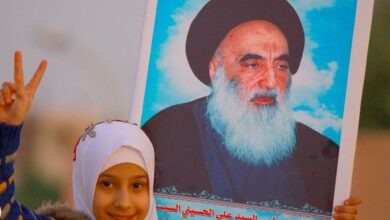 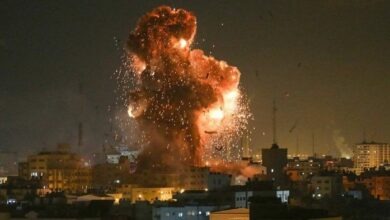 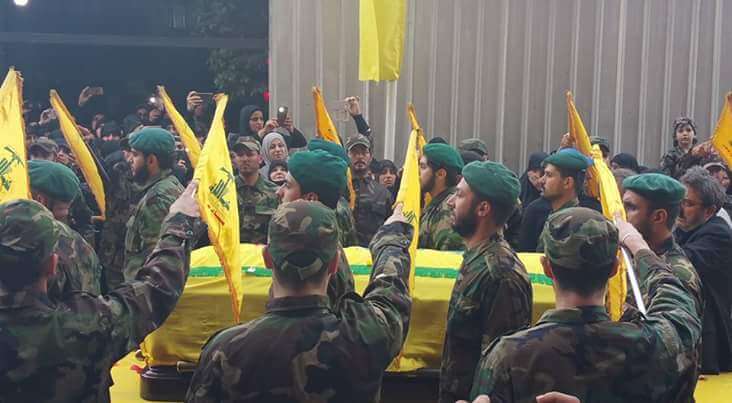