“The targeting of our deputies (lawmakers) by economic sanctions is an assault against representatives of our people. They use economic sanctions against us, and this is a real act of aggression. They also use political aggression,” Hezbollah Deputy Secretary-General Sheikh Naim Qassem said at a ceremony in Lebanon’s southern town of Humin al-Tahta on Sunday, PressTV reported.

“Do you want to impose your opinions on us? If you add deputies, officials, political party or anything else to the sanctions list, this will increase our resolve and will make us think how to win this battle and this aggression. You are doing this in an attempt to pressure the resistance and the public.”

“Today the entire world is preoccupied with repeated US bids and attempts to attack Iran. What has Iran done to be the target of such a campaign of great pressure? Iran has proved its ability to lead the axis of resistance, support the peoples of the region and the resistance. It has been able to score many achievements,” the top Hezbollah official underlined.

He concluded, “Without Iran and its support, resistance had not been able to emerge victorious in Lebanon and Syria, Iraq had not been liberated (from the grip of terror), and Yemen would not have resisted (the Saudi-led military aggression). All peoples of the region are indebted to the Islamic Republic of Iran founded by late Ayatollah Ruhollah Khomeini, and now being led by (Leader of the Islamic Revolution) Ayatollah Seyyed Ali Khamenei.”

On July 10, the US Treasury Department’s Office of Foreign Assets Control (OFAC) imposed sanctions on two Hezbollah members of Lebanon’s parliament and a security official responsible for coordinating between the resistance movement and the country’s security agencies.

The Treasury placed MPs Amin Sherri and Muhammad Hasan Ra’d and Wafiq Safa, a top Hezbollah security official, on its sanctions blacklist, and accused Hezbollah of using its parliamentary power to advance its agenda. Ra’d is the head of the parliamentary bloc of the party and an MP since 1992, and Sherri has been an MP representing Beirut since 2002. A Hezbollah lawmaker condemns the US move to place two of the resistance movement’s MPs on its sanctions blacklist as “humiliation” for Lebanon.

On May 16, 2018, the United States and its partners in the so-called Terrorist Financing and Targeting Center (TFTC) — which includes Saudi Arabia, Bahrain, Kuwait, Oman, Qatar and United Arab Emirates — imposed sanctions on Hezbollah leadership, targeting its Secretary General Seyyed Hassan Nasrallah and his deputy, Sheikh Qassem.

US President Donald Trump’s administration imposed additional sanctions on Hezbollah in late October last year, targeting individuals and international organizations that do business with the group. 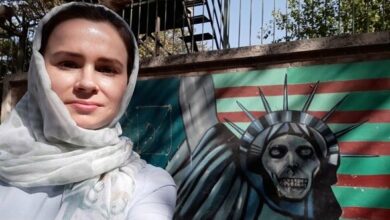 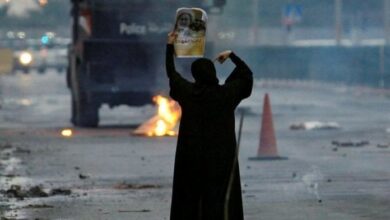