IRNA – United Nations Special Rapporteur on the negative impact of the unilateral coercive measures on the enjoyment of human rights Alena Douhan on Wednesday called on the United States to stop unilateral sanctions imposed on the Islamic Republic of Iran in the area of food, medicine, water and health.

Speaking during a press conference in Tehran, Douhan said that she has travelled to Iran to collect impartial data for the United Nations Human Rights Council.

Iran has been subject to unilateral sanctions by the United States for years, she said, adding that the sanctions were increased in 2010 to include the Iranian banks and were further intensified in 2012 so that the country’s oil and shipping sectors even came under the sanctions.

She said that the secondary sanctions on Iran were removed following a landmark nuclear deal in 2015 while they were re-imposed after the US unilaterally withdrew the accord in 2018.

The UN rapporteur said that the Canadian government has also imposed many sanctions on main parts of the Iranian economy.

Referring to the severe effects of sanctions on different parts of the Iranian society such as health, education, culture, economy, sports and handicrafts, Douhan said that the sanctions have mostly affected the low-income families and the elderly people in the country.

Due to problems for the transfer of money, the financial aids provided by international organizations have even failed to help alleviate the effects of the sanctions, she said.

Noting that the Central Bank of Iran must be completely safe from these measures, she expressed her concern over the violation of the human rights by the unilateral sanctions on Tehran.

Douhan noted that the unilateral sanctions on Iran have even created problems for the foreign nationals living in the country.

She said that the reduction of the Iranian government’s revenues has endangered the country’s exports and the health and living conditions of the citizens.

The UN rapporteur advised all the sanctioning countries not to forget their commitments before the United Nations and halt all the unilateral sanctions on Iran.

She called on the US government to release all the frozen assets of the Central Bank of Iran. She also urged all the banks and private companies across the globe not to follow these sanctions in line with human rights.

Douhan also called upon the sanctioning countries to pave the way for Iran to be able to pay its membership dues to the United Nations. 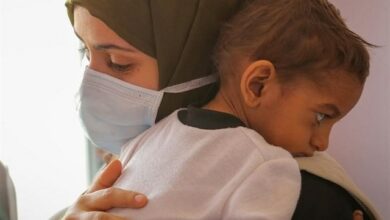