Syria: as American jets unleashed a ferocious bombardment of a strategically located Syrian army base in Deir ez-Zor, a Russian military officer made a call to his point of contact at the US Combined Air Operations Center [CAOC].

In what can only be described as an episode of dark humor, the Russians were told that their point of contact “wasn’t next to the phone”. The coalition spokesman for the war against Daesh in Iraq and Syria, US Air Force Col. J.T. Thomas, later explained “they weren’t expecting a call… they were not just literally sitting by the phone at that moment.”

Perhaps Col. Thomas thought it was unreasonable of the Russians to assume that their point of contact would be “expecting a call” at a time when coalition jets were carrying out intense airstrikes during a US-Russian brokered ceasefire agreement in Syria.

Open Season on the Syrian Army

Five days into Syria’s latest, painfully sluggish ceasefire, two F-16 fighter jets and another two A-10 aircraft flew into Syrian airspace shortly after taking off from a coalition airbase in Iraq’s Erbil.

Four flyovers and 40 minutes later, the warplanes had killed 62 Syrian soldiers – most of whom had been besieged by Daesh since 2014 – while destroying a sizable portion of the army’s hardware in Deir ez-Zor. Washington summed up its position on the attack through a Pentagon statement.

“Syria is a complex situation with various military forces and militias in close proximity, but [the] coalition would not intentionally strike a known Syrian military unit,” the statement read. However, a former intelligence officer for the British Secret Service, MI5, wasn’t exactly buying this explanation. “I find it slightly unbelievable that the Americans could hit this target thinking this was ISIS when in fact ISIS is laying siege to the city,” Annie Machon said.

According to a number of sources, it took Daesh militants only seven minutes to launch their ground offensive against Syrian army positions in Deir ez-Zor following the airstrikes. The attack was well coordinated, suggesting that it was pre-planned, especially since some of the best armies in the world cannot mount an offensive in seven minutes, let alone a terrorist organization.

Neither Damascus nor Moscow shied away from expressing their doubts over the American version of events. Speaking to the Associated Press in the Syrian capital, President Bashar al-Assad said the coalition strikes were “definitely intentional”.

“How could they [Daesh] know that America was going to attack that position in order to gather their militants right away?” the Syrian leader inquired.

Several days earlier, President al-Assad’s close advisor, Bouthaina Shaaban, asked why the coalition planes chose to depart instead of attacking the advancing militants after they realized their “mistake”. One of the more damning indictments of Washington came from the Russian Foreign Ministry spokeswoman, Maria Zakharova.

“If previously we had suspicions that al-Nusra Front is protected this way, now, after today’s airstrikes on the Syrian army, we come to a really terrifying conclusion for the entire world: The White House is defending ISIS,” Zakharova told Rossiya 24.

Perhaps the strangest detail of the attack on Deir ez-Zor is the timing of the incident.
Reuters recently cited an anonymous American military source, revealing that the coalition was gathering intelligence for this particular airstrike, days in advance.

This would certainly suggest that the Americans were fully aware of a planned Syrian army offensive against Daesh in Deir ez-Zor as well as the build-up of Syrian special forces in the area, which was targeted by coalition jets.

The silver lining for Damascus is the fact that Syrian troops were able to regain the territory lost to Daesh with the help of intense Russian airstrikes. But its planned offensive against the terrorists in Deir ez-Zor is no longer possible for the foreseeable future. With all this in mind, one can only conclude that the Americans either posses very faulty intelligence – or they are in fact lying.

In an attempt to counter the PR disaster provoked by the Deir ez-Zor attack and the debacle that followed at the extraordinary session of the UN Security Council, Washington adopted a twofold strategy.

Firstly, the US attempted to exonerate itself from some of the blame by forcing several of its allies to admit to their “participation” in the operation. Denmark, Australia and Great Britain stepped forward claiming that their aircraft were also involved in the airstrikes against Syrian army positions.

The claim is strange, primarily because neither the Russians nor the Syrians had previously even hinted at the possibility that other countries may have been involved. This raises the question as to why Copenhagen, Canberra and London decided to speak up, since keeping silent was clearly the wiser option.

Even stranger is the fact that Danish aircraft are not stationed in Iraq, from where the attack was launched. Moreover, Australia does not posses the F-16 fighter jets or the A-10 aircraft, and London reportedly took part with a single unmanned drone.

The second part of Washington’s strategy involved blaming the Russians for an “airstrike” against a UN humanitarian convoy destined for eastern Aleppo. “The bombing of the convoy came at a very convenient time for Washington to redirect public attention,” said Moscow-based political analyst Dimitry Babich.

The Syrian Observatory for Human Rights, which had falsely accused Damascus of launching chemical weapons attacks, was the first to blame the Russian and Syrian air force for the destruction of the UN convoy. The White House quickly followed suit.

According to the US Deputy National Security Advisor for Strategic Communications, Ben Rhodes, all of the information pointed to the convoy being destroyed in an airstrike. Rhodes reasoned that since the militants in Aleppo do not have an air force, the only culprits could be the Russians and the Syrians.

But one thing Damascus and Moscow have repeatedly proven since the start of the Syrian conflict is that, unlike Libya, Iraq and Yugoslavia, they are able to deflect unfounded and ill-researched American accusations, used to extract concessions or launch military campaigns.

In a series of carefully constructed rebuttals, Russia’s defense ministry spokesman Igor Konashenkov dismissed Washington’s claims that the attack was the result of an airstrike.

“Everything shown on the video is the direct consequence of the cargo catching fire, and this began in a strange way simultaneously with militants carrying out a massive offensive in Aleppo,” Konashenkov said.

More importantly, Konashenkov pointed to the presence of “a drone belonging to the international coalition, which had taken off from the Incirlik Air Base in Turkey… the object was in the area around the town of Urm Al-Kubra, where the convoy was a few minutes before it caught fire.”

For his part, Russia’s Foreign Minister Sergey Lavrov told a UN Security Council meeting earlier in the week that Moscow had provided all the data it possesses regarding the attack on the convoy.

Meanwhile, the Americans failed to provide a single shred of evidence to support their accusations against the Syrians and the Russians. In this respect, Syria and its allies have exposed the declining nature of US power and the fact that Washington’s interventionist matrix no longer functions.

And while it is too early to talk about an American defeat in Syria, their level of desperation is certainly becoming more evident. The attack on the Syrian army in Deir ez-Zor demonstrates that the terrorist groups in Syria are no longer being given solely logistical support. The militants fighting for US interests can now count on a powerful air force to pave the way for ground offensives. 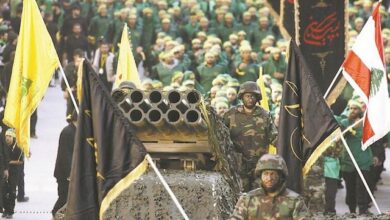