Tasnim – The United Nations Security Council on Wednesday condemned last week’s massacre in Myanmar of more than 30 people, including two Save the Children staff, that was blamed on junta troops.

The killings took place on Christmas Eve in eastern Kayah state, where pro-democracy rebels have been fighting the military, which took over the government from the democratically elected administration in February. In a statement released Wednesday evening, Security Council members “stressed the need to ensure accountability for this act.”

They also called “for the immediate cessation of all violence and emphasized the importance of respect for human rights and of ensuring safety of civilians.”

The statement said “at least 35 people,” including four children and two staff of Save the Children charity, were killed in the attack. The Security Council also “stressed the need for safe and unimpeded humanitarian access to all people in need, and for the full protection, safety and security of humanitarian and medical personnel.”

Anti-junta fighters say they have found more than 30 burnt bodies, including women and children, on a highway in Kayah state following the attack. Two Save the Children employees have been missing and the rights group confirmed Tuesday that they were among the dead.

Myanmar has been in turmoil since its military overthrew former leader Aung San Suu Kyi’s government in February 2021, with widespread protests demanding the restoration of civilian rule. More than 10,700 civilians have so far been detained and 1,300 killed by security forces since the military seized power, according to a local monitoring group.

During the rule of Western-backed Suu Kyi, Myanmar’s military engaged in the ethnic cleansing of Rohingya Muslims in the country. Starting in 2017, thousands of Rohingya Muslims were killed, raped, tortured, or arrested by the military, according to the UN, which has described the Rohingya as the most persecuted minority in the world. 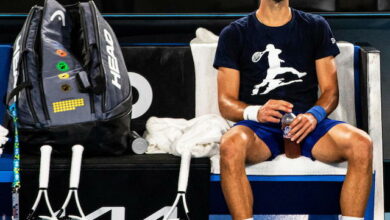