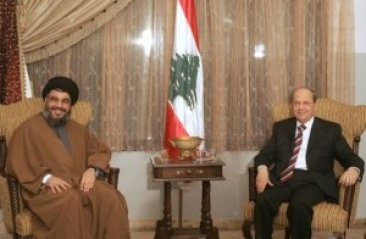 Lebanese President Michel Aoun will not demand that Hezbollah disarm itself, he told the French newspaper Le Figaro. Stressing that Islamic Resistance does not get involved in internal Lebanese politics, Aoun made clear that the resistance movement rather directs its efforts against Israel.

“Islamic Resistance is not using their weapons in internal politics. They only ensure our resistance against […] Israel, which continues to occupy part of our territory and which refuses to implement UN resolutions regarding the Palestinians’ right of return.” The Lebanese president further viewed Hezbollah’s presence in southern Lebanon as necessary in front of Israel’s heavy military presence in the region.