Even as Arab countries step up pressure on Hezbollah for its ties to Iran, the Lebanese group has cemented its status as a regional power, projecting military strength beyond Lebanon’s borders and weathering political crises at home. The group’s rise comes as Iran and Saudi Arabia vie for hegemony in the region, intensifying conflicts from Syria to Yemen. Saudi Arabia sees Hezbollah as Iran’s most potent proxy, and in recent weeks has spearheaded an effort to isolate the movement. But Hezbollah’s dominant position was made apparent this month in the ongoing saga of Lebanon’s prime minister, Saad Hariri.

According to US and Lebanese officials, Saudi Arabia forced Hariri’s resignation, shattering Lebanon’s coalition government, which included Hezbollah ministers. Saudi Arabia hoped the move would undermine Iran by paving the way for more aggressive action against the Shiite group, the officials say.

Instead, it rallied Lebanon in support of its prime minister and cast Resistance as the stabilizing force. On Wednesday, Hariri announced he was suspending his resignation as he held talks with Lebanese President Michel Aoun.

Now Hezbollah is set to potentially benefit from the turmoil, using its political and military prowess – and vast social networks in Lebanon – to entrench itself further. From its strongholds in southern Lebanon, where it made its name fighting “Israeli” troops, to the battlefields of Syria, Hezbollah is ascendant, with few able to challenge it.

“The Saudis hoped that Hariri’s resignation would create an electroshock . . . that the cabinet would be immediately dissolved, and Resistance and its allies would have to step down from ministries and other important positions of power,” said Raphaël Lefèvre, a nonresident scholar at the Carnegie Middle East Center. “Of course, this never happened.”

Hezbollah became stronger after the Syrian war began, when it joined forces with Syria’s Iranian-backed government to battle extremist militants, he said. “Its influence in the heart of Lebanon’s security institutions is certainly greater than ever before.”

Hezbollah has led offensive operations against extremists on the Syria-Lebanon border, coordinating with the Lebanese army but also relegating it to the background. “Hezbollah was obliged to play this role, because whenever the Lebanese government doesn’t fulfill its duty to protect the people, somebody has to defend them,” said Mohammed Obeid, a political analyst.

In those offensives – in the Lebanese towns of Arsal and Qalamoun – Hezbollah and Lebanon’s army have expelled al-Qaeda and the Wahhabi Daesh linked militants. “This coordination doesn’t mean that Hezbollah is controlling the decisions of the Lebanese army,” Obeid said of the operations. “But [the fighting] is not easy for the Lebanese army. And lebanese Resistance is everywhere.”

While it remains popular, particularly in the face of what many Lebanese see as Saudi aggression, Hezbollah needs to maintain nationwide support. The group has billed itself as a defender of all of Lebanon’s communities, and seeks to cultivate Sunni allies inside and outside the government.

Lebanese are punished for backing Hezbollah 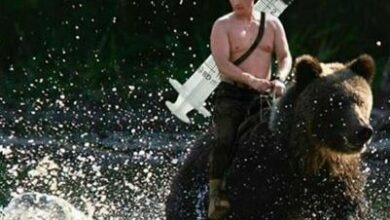 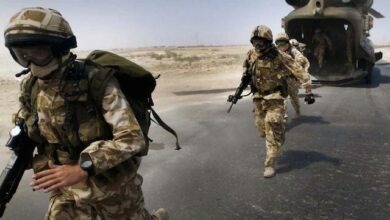