Local Editor
(FNA)- American news channel CNN fabricated the remarks made by Iranian President Hassan Rouhani in response to the network’s question about the Holocaust.

The CNN aired its interview with Rouhani on Tuesday but the news channel added to or changed parts of his remarks when Christiane Amanpour asked him about the Holocaust.

Here is the exact transcript of the Farsi text according to the CNN broadcast:

Here is the exact English translation of President Rouhani’s remarks:

Rouhani’s: “I have said before that I am not a historian and historians should specify, state and explain the aspects of historical events, but generally we fully condemn any kind of crime committed against humanity throughout the history, including the crime committed by the Nazis both against the Jews and non-Jews, the same way that if today any crime is committed against any nation or any religion or any people or any belief, we condemn that crime and genocide. Therefore, what the Nazis did is condemned, (but) the aspects that you talk about, clarification of these aspects is a duty of the historians and researchers, I am not a history scholar.”

And here is what the CNN translation says:

CNN Question: “One of the things your predecessor (President Ahmadinejad) used to do from this very platform was deny(ing) the holocaust and pretend(ing) it was a myth, I want to know you, your position on the holocaust, do you accept what it was, and what was it?”

CNN’s Translation: “I’ve said before that I am not a historian and then, when it comes to speaking of the dimensions of the Holocaust, it is the historians that should reflect on it. But in general I can tell you that any crime that happens in history against humanity, including the crime that Nazis committed towards the Jews as well as non-Jews isreprehensible and condemnable. Whatever criminality they committed against the Jews, we condemn, the taking of human life is contemptible, it makes no difference whether that life is Jewish life, Christian or Muslim, for us it is the same, but taking the human life is something our religion rejects but this doesn’t mean that on the other hand you can say Nazis committed crime against a group now therefore, they must usurp the land of another group and occupy it. This too is an act that should be condemned. There should be an even-handed discussion”.

FNA NOTE: The Red parts have been added or completely altered. The Yellow parts are the product of conceptual, and not precise, translation.

Yet, the underlined parts are the worst parts of the fabrications which totally change what President Rouhani has said.

After the CNN released the interview, hundreds of news agencies, TV and news channels, websites and weblogs broadcast this title: “Iran’s President Rouhani Calls Holocaust ‘Reprehensible’ Crime Against Jews”, a title quoted from the CNN; Or “Rouhani Recognizes the Holocaust as Crime against Jews”.

Note 2: After we released this story, Christiane Amanpour’s blog on the CNN added an editor’s note to the video, saying that it only displayed excerpts of the interview with the Iraniani President.

This is their initial note:

And this is the editor’s note after we released our story:

Although late, this might eventually explain the reason for the addition of the last three lines of the CNN translation that we have marked above (in red), but a final decision on the veracity of the translation (only for the last three lines) can be made only when all the interview is broadcast. Yet, it does not at all explain or justify the purposeful addition of the underlined parts, which are much more important, since these parts have totally changed the meaning of the President’s statements. Also, it is not clear why excerpts of the translation should be more than the excerpts of President Rouhani’s statements in this video.

It is interesting to note that when NBC News correspondent Ann Curry asked President Rouhani in an interview which was aired in Nightly News on September 25th and Today Show on September 19th to express his view about the Holocaust, the Iranian president answered, “I’m not a historian. I’m a politician. What is important for us is that the countries of the region, and the people, grow closer to each other and that they are able to prevent aggression and injustice.” 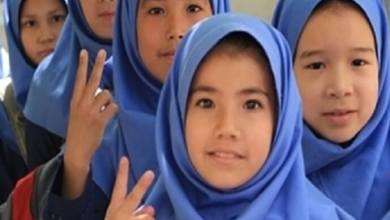