Yemen: this is the story of Ibrahim Abdulkarim, who lost his daughter Zainab after a Saudi strike in Yemen. The image of him holding his child went viral. We must not forget the oppression and injustice occurring there…

On the 16th of Ramadan, which corresponds to July 3rd, 2015 at 1:30am, after midnight, we were sleeping at our home in Western Al-Jeraf in Al-Thawra district, when suddenly, I don’t know what happened to us. I found myself in a place resembling a disaster, not my home in which I had slept reassured, where my wife and children slept in peace and safety. I was awakened by my wife’s screams and the voices of people calling out, “Ibrahim! Ibrahim!” and my wife crying out, “Ibrahim!” In these few seconds, my life was taken off course, and my home became Hell from the horrors of the scene, the sounds of the moaning, and the screams of my wife and neighbors.

I was trying to find the door that led to the room where the rest of my family was, but I couldn’t open it, so I climbed from the living room wall to the room in which my family slept, and I found the debris half way up the room. My wife was screaming from beneath the rubble “My legs! legs!” whilst half of her body was under the rubble. I tried with all the strength God gave me to remove rocks that were on top of my daughter…my daughter Zainab, who was not yet a year old, was entirely buried beneath the debris that fell upon us from the house next door.

People came to rescue us and they tried to break the door to get us out of the house, when suddenly I found my son in front of me, standing on top of the rubble. I thanked God profusely for removing him from beneath that rubble but my wife and my daughter Zainab remained so I tried and tried removing my daughter from underneath the rubble. As for my wife, she was screaming from under the rubble that covered the lower half of her body while shouting and saying, “Oh God! Oh God!”

Suddenly I heard the sound of the ambulance as I was digging to remove my daughter Zainab from beneath the rubble. She was freed so I handed her over to one of the people who came to rescue us and thereafter I removed some rocks that were on top of my wife.

I looked at my wife after she was freed; there was blood and fractures all over her body; she was completely handicapped. I and another person placed my wife in an ambulance that rushed towards Al-Muayed Hospital. I entered the hospital calling out, “My daughter, Zainab!”When I entered the Emergency Room, I found my daughter Zainab with a doctor who was trying to save her. The doctor wanted me to leave him while he tried to save her, but at this moment, I could not be convinced that she was martyred.

I witnessed sadness and misery unlike any other I had experienced in my life, and felt as though my heart was tearing over my daughter Zainab. I felt that if the world gathered at this moment to help me, I would have asked them to return my daughter, my love, and the joy of my life, Zainab, to me.

So I took her from Al-Moayed Hospital and headed to Al-Thawra General Hospital in the capital Sana’a, as this is the only hospital containing all medical devices. I had hope that my daughter would live, so I carried her in my arms, but when I reached

the Emergency Room in Al-Thawra Hospital I was told that she is no longer alive and that she is with God. At that point I couldn’t see anything and I fainted. Blood was flowing from my back and hand. When I woke up I found myself in a hospital room with people surrounding me. I called out to them, “Where’s my family? Where is my daughter Zainab? Where’s my wife? Where’s my son?” The doctor responded that my family was fine, but none of them came and I didn’t see my daughter Zainab nor my son Abdul Kareem in the hospital. So I left the bed and began searching for my family, wondering in which hospital they were. I found my son in the Military Hospital, and thank God his condition was not bad. My son Abdul Kareem spoke to me and said, “Dad” so I saw that his injuries were minor and life still flowed through his veins.

The worst was yet to come as I headed to the hospital where my wife remained. When I arrived, my wife was in the Operating Theatre and I was crying out and calling,“Where is my daughter Zainab? Where is my heart Zainab?” That’s when my brother responded saying, “She is in the mortuary.” I rushed to the mortuary in Al- Thawra General Hospital asking, “Where’s my daughter Zainab?” They said, “She’s There.” And when I saw where she was, I wished for my death. I saw my daughter Zainab in a large refrigerator where water is stored, and with her were many children. The shock of seeing Zainab in a refrigerator with ten dead children on top of her was bigger than seeing the debris that fell upon my family and I.

I used to fear the breeze of the wind, the rays of the sun, and the sands of the earth from touching her body, and now I’ve seen you in the ugliest place and in the harshest scene. Tears were pouring from my eyes without any feeling. I felt as though the blood in my veins had frozen and that my heart could beat no more. Zainab, you were my each and every heartbeat, my whole life, and all that I had. Zainab, my daughter, why did they kill you? In whose name did they kill you? My daughter, they killed you in the name of religion, in the name of, “There is no God but God and Mohammad is his Messenger.” I took Zainab out of the refrigerator, placed her in a coffin, and asked my brother to take a photo of me with my daughter. It was the photograph that was worth a thousand words. With their actions, God and His Messenger are innocent of them and their acts.

Thereafter, my brother asked me to bury the body of my daughter Zainab so I went to Al-Thawra Hospital where my daughter Zainab was clothed in a shroud for burial and I asked my brother to take one last photo of me with my daughter Zainab. But my brother hesitated, saying that I wasn’t in a good condition and that there was no need for this photo. This was the photo that would make millions cry and it was the photo that would awaken people’s hearts due to the injustice that we are facing. We see our children and our futures bloodied in between our hands. Whilst their children are playing and having fun, our children are being killed and violated. Which law governs them? And what court will rule over them?

I then buried her body and headed to the hospital in which my wife remained, so I could stand with her in her illness, to console her, relieve her grief and carry the physical and emotional pain she had to endure after losing her daughter who was

the most precious thing she had. That’s when the doctor told me that there were three other martyrs with Zainab: A mother, her daughter, and her daughter’s son.

I remained in Al-Muayed Hospital with my wife, where a surgery that installed an external device on her leg did not prove useful. I heard of a doctor renowned for his work so I went to him and the first thing he did was to remove the external device and fit a cast. Thereafter, I took her out of the hospital and to her father’s house, as she was unable to move until they performed a third surgery where her leg bone was fixated with an intramedullary nail. The nail now has to be removed but I don’t know when the doctor will decide to do that, as it depends on her condition.

The suffering continues until now, as we are not settled and no longer have a home that brings my family together under the same roof. We are homeless. I spend every day in a different relative’s home. I eat and drink in the markets. My wife and son are in one place and I am in another.

I am looking for justice, so who will guide me to it and show me where it lies? Whether in the East of the Earth or in the West, we want people to empathize with us and understand the oppression, pain, sorrow, subjugation, and displacement we are suffering. I wish that anyone with a conscious and merciful heart will sympathize with my case and the case of a people, a nation, a land, a country destroyed and violated under the pretext of restoring hope. They have enjoyed seeing the people of wisdom, faith and civilization with their blood shed, their culture destroyed, and their people violated from every aspect, with the Arab and Western world silently watching.

I hope my voice will reach the entire world, truthfully and clearly – Yemeni children are in need of help. 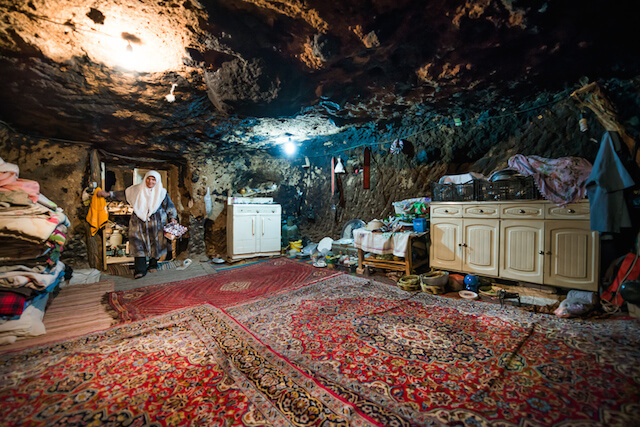