Mehr News Agency – Since the early 18th century and following the decline of the Safavid Dynasty, the plutocracy spawned by a Jewish network during the Persian Empire has been active. This has caused Iran to be a valuable nation in international commerce. During the 19th century, India formed a partnership with Persian nomads and gained monopoly control over the opium trade in the region. 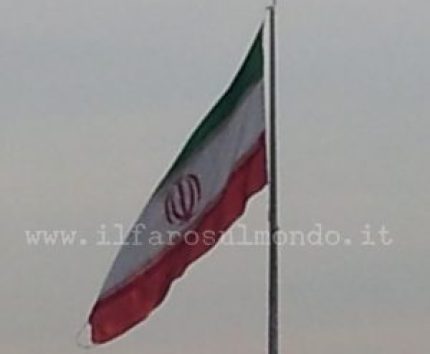 At that time, the global opium trade was the most significant source of financial gain for Western countries, with three main factions operating opium traffic in the region since the 1860s:

• American businessmen, especially the families known as the “Oligarchs of Boston” who relied on Turkish opium production; and

• Jewish and Persian merchants consisting of Indian Zoroastrians as well as the Foroughi, Bushehr, Namazi and Afnan tribes who exclusively relied on opium harvested in Iran.

The notable Sassanian tribes who happened to be the leaders of Baghdadi Jews, along with the Jigibai tribes who headed the Indian Persians headed the Iranian network and were, at the time, two of the most affluent families in the 19th century.

It was this financial seat that later became the Hongkong and Shanghai Banking Corporation (HSBC) in the 19th century, establishing two commercial ports (Hong Kong and Shanghai) in China for its financial trade. HSBC is currently the largest privately owned bank in the world. Some financial experts claim that HSBC is one of the most powerful global money laundering centers, catering mainly to revenues generated through drug trafficking.

It was this establishment that caused Iran’s economy to collapse in the early 20th century.  With the assistance of two royal banks and lending institutions, it brought down the Qajar Dynasty and established the Pahlavi regime.  This occurred after World War I, following the decline of the Ottoman Empire and the emergence of the small Arabic states. This banking institution backed the Pahlavi regime in order to secure Iran as its regional headquarters.

As a result of the political demands of the time, the illegal regime of Israel was established after World War II. Its operation caused tension in the region as Israel’s religious identity was less significant for the gold standard oligarchs than its political footing.

The reason for this is that during the reign of the Ottoman Empire, when Jewish backed plutocracy had a great influence on that Turkish regime, the Jewish plutocrats did not show an interest in the independence of Jerusalem.  As a matter of fact, that area was viewed as nothing more than a sacred shrine for Muslims, Christians and Jews.

During the four years that power was transferred from the Qajar Dynasty to the Pahlavi Dynasty, the British India Government led and consequently helped Reza Khan Cossacak to take power. Lord Rudding (Sir Rufus Isaacs), the viceroy of India was of the Jewish family Isaacs, and was a high ranking official within the Rothchilds.