All eyes were on Singapore this week where world-class showman and US President Donald Trump took the stage for what was undoubtedly the most important performance of his life. In a meeting with his North Korean counterpart Kim Jong-un that lasted just over 40 minutes, Trump reportedly managed to hammer out an agreement to denuclearize the entire Korean peninsula “very quickly”. 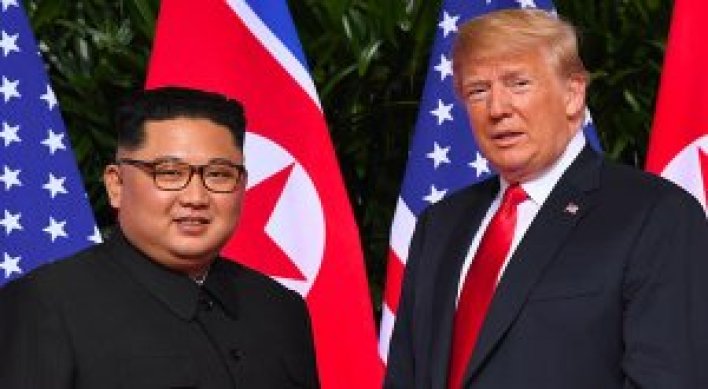 He then described his new relationship with Kim as a “special bond” and said that “people are going to be very impressed” by what the pair achieved. Sure, it’s a far cry from Trump’s “fire and fury” days when he was threatening the North Koreans with total annihilation. It’s also a departure from suggestions by Trump’s National Security Advisor John Bolton to apply the not-so quick “Libyan model” in the denuclearization of the Korean peninsula.

But some things have not changed. Sticking to the on-again, off-again approach when it comes to his diplomatic episodes with Pyongyang, Trump told reporters after the summit that he trusts Kim but may later say he “made a mistake”. In substance, the summit communiqué is equally ambiguous. It is little more than a list of very generalized commitments and nothing that Pyongyang has not already agreed to over the past thirty years.

It offers no timetable or a definition of denuclearization – a term that was previously characterized by North Korea and the US in very dissimilar ways. The National Director at the ANSWER Coalition Brian Becker, who attended the Singapore summit, believes that Pyongyang is “prepared to carry out the denuclearization of the Korean Peninsula but only in exchange for a new policy from the United States.”

“Right now the world sees that North Korea was willing to make many efforts – four unilateral concessions in a row, including a moratorium on these nuclear missile technology tests. They are now waiting for reciprocation from the United States,” Becker adds.

Although the vague declaration does in theory pave the way for further negotiations, any long-term settlement between Washington and Pyongyang requires a painstaking years-long process. That process would have to address a long list of issues, including the reunification of the two Koreas and the withdrawal of tens of thousands of American troops from the region.

To what extent Trump, his administration or anyone in Washington is truly willing to broach such matters is pure speculation. But tensions along the Korean Peninsula are a prefect example of a decades-long geopolitical problem that cannot be solved without the participation of all key players including China and Russia. Washington’s escalating trade war with China and growing tensions with Russia suggest that the Americans are not interested in any such overtures.

Unlike the vague pledges in Singapore, the 2015 Iran nuclear deal was the product of 18 months of negotiations between seven nations and included specifics on denuclearization and verification. Both were ‘historic’ events, and both played out before the lenses of the world media. Unfortunately for all involved, Washington’s nuclear deals never last longer than one presidential term.

“They should know whom they are dealing with because the Americans have proven again and again that they are not honest brokers of peace and they have failed time and again to keep their word,” Saxena explains.

In essence, all these agreements were little more than short-term strategies in Washington’s quest for hegemony. Trump’s decision to withdraw from the Iran deal and ratchet up tensions with Tehran also implies that the Americans will have to direct more recourses towards the Middle East.

As such, a temporary easing of tensions on the Korean Peninsula would certainly go a long way in guaranteeing that the US avoids a struggle on two fronts at a time when its power and influence are on the decline.

The optics of the Singapore summit feed the narrative of a major diplomatic victory for the Trump Administration. Trump, who desperately needs a win, will undoubtedly use the Kim meeting for domestic consumption. His Republican Party is preparing for midterm elections, and the president needs them to retain their majority in Congress or he risks increasing his chances of being impeached.

Naturally, while waiting for the dust to settle, Trump will also be eyeing a second term in office. With every White House policy decision being scrutinized, the incumbent will have his work cut out.

And having talking points about a ‘historic’ meeting – the first between a sitting US president and a North Korean leader – certainly helps.