It seemed that many actors wanted to take advantage of ISIL’ retreat to bolster the Free Syrian Army (FSA), with renewed attempts in recent days to resurrect the latter. But what is the story behind the “Army of the Mujahideen”? How did it advance rapidly at the expense of ISIL, which until recently was the “bogeyman” threatening to devour everyone?

For the first time, ISIL forces faced fierce resistance from the people of the region, who rushed to expel it after they suffered from its excesses.
Speaking to Al-Akhbar, a field source from the Syrian opposition explained that the nascent Army of the Mujahideen did not emerge overnight. He said, “Efforts to create the army began in conjunction with the formation of the Islamic Front. There seemed to be an urgent need to merge the armed groups that do not want to take the form of an Islamist army, and which insisted on the idea of the endangered FSA, together.”

The source added that the delay in forming the army in question was due to many reasons, most notably the fact that no outside power had sponsored the move, whether politically or financially. As a result, the source said, there was no outside pressure put on the various factions to force them to unite.

Formation, components, and spheres of influence

The Army of the Mujahideen was formed out of the following factions: the 19th Division of the FSA, the group known as Fastaqim Kama Umirt, meaning “Be Upright As Ordered,” the Nur al-Din al-Zanki Islamic Brigades, and al-Noor Islamic Movement.

Fastaqem Kama Umirt is made up of the Aleppo City Battalion; Liwaa Halab al-Shahbaa; Liwaa al-Islam, and the Abu Amara Brigades, which refused to join the Army of the Mujahideen, and subsequently split from Fastaqem Kama Umirt. The militants with Fastaqem are concentrated in the districts of Salah al-Din, Seif al-Dawla, Sheikh Said, Bab al-Nairab, Jeb al-Jalabi, Jisr al-Haj, Ansari, and Mashhad of Aleppo.

These brigades have been deploying the so-called “hell cannon,” which fires explosive gas cylinders at the Western neighborhoods adjacent to the areas they control, killing many civilians.

Meanwhile, the influence of the Nur al-Din al-Zanki Brigades covers areas in the northwestern countryside of Aleppo, such as Anjara, Hour, Mansoura, and Kafr Dael. These brigades are believed to be the strongest among the constituents of Army of the Mujahideen.

The source also stressed that the Army of the Mujahideen relied on local resources for funding, and did not receive any external financing.

The situation on the ground on the eve of the battles

ISIL had offices and outposts in the areas mentioned earlier, which started as preaching centers before they were turned into military garrisons. Some of the FSA-affiliated brigades in these areas had also pledged allegiance to ISIL, such as the notorious Abdo Zamzam group in the town of Bashqatin, strengthening ISIL’ presence.

After ISIL took control of a given area, it would leave a small group of militants behind, numbering no more than a few dozen, or no more than 200 in vast regions like Dana in Idlib. ISIL then put increased pressure on the towns of Atareb and Orme (west of Aleppo), following its habit to isolate and attack FSA groups one by one, as it had done in some districts of Aleppo and the towns of Aazaz and Bab.

Faced with these developments, ISIL was forced to pull some of its troops from the front lines with the Syrian army in southeast Aleppo and Raqqa. This could give the Syrian Army an opportunity to advance and take advantage of the vacuum.

According to Army of the Mujahideen sources, the number of people from the area who enlisted has exceeded 5,000. The sources said, “For the first time, ISIL forces faced fierce resistance from the people of the region, who rushed to expel it after they suffered from its excesses.” Since ISIL militants in the area were scattered and distributed into small groups, according to the same sources, “the residents were able to easily rout the small groups.”

Other sources familiar with the inner workings of the armed groups told Al-Akhbar that Liwaa al-Tawhid, one of the groups that make up the Islamic Front, took advantage of these developments, and began supporting Army of the Mujahideen forces away from the media. Similarly, the notorious brigades that were under siege from ISIL, such as the Free Syria Battalion led by Ahmad Afash, and the Badr Martyrs Battalion led by Khaled Hayyani, attacked ISIL forces in the town of Andan, north of Aleppo, and the Bani Zeid district within the city.

In the eastern neighborhoods of Aleppo, militants from Fastaqem Kama Umirt attacked ISIL’ posts in Jisr al-Haj. The fighting spread to Kallaseh Square, while battles in the countryside quickly spread north, to Haritan and Tel Rifaat, all the way to Azaz, in an effort to expel ISIL from there.

In the eastern countryside of Idlib adjacent to the border with the Aleppo governorate, Dana, Bab al-Hawa, and the town of Atma were put under siege, the latter being ISIL’ reception point for militants arrivals from all over the world via Turkey. A villa compound housing ISIL foreign militants and their families near the town or Orme al-Kubra was also placed under siege.

Faced with these developments, ISIL was forced to pull some of its troops from the front lines with the Syrian Army in southeast Aleppo and Raqqa. This could give the Syrian Army an opportunity to advance and take advantage of the vacuum.

There are many reasons behind ISIL’ sudden retreat. In addition to the dispersion of its militants, and the Army of the Mujahideen successfully taking advantage of the popular mood, another fundamental factor has made a great impact, namely, the absence of Chechen militants from the battle. Indeed, the Chechen insurgents are known to be a formidable strike force.

Several Chechens have split from ISIL. Saifullah al-Shishani defected with 400 of his men three months ago, followed by Sheikh Salah al-Shishani with 800 of his men. Things culminated two weeks ago with Sheikh Omar al-Shishani leaving with a large group of his militants to Deir ez-Zour, a move that sources told Al-Akhbar was meant to distance himself from ISIL’ conduct in Aleppo and its countryside.

An informed source says Sheikh Omar al-Shishani’s move was essentially motivated by the temptation of controlling oil wells in Deir ez-Zour. Giving his take on why ISIL is on the retreat, the source said, “God will not allow an unjust state to survive. The infidel state can endure if it is just. I believe ISIL has two main problems: the foolishness and arrogance of the Tunisian, Libyan, and Iraqi members; and the disloyalty of Syrian supporters.”

On the afternoon of January 5, reports surfaced that al-Nusra Front had seized the town of Dana, taking advantage of the disarray in ISIL’ ranks. But Al-Akhbar’s sources denied that al-Nusra had taken full control of the town, saying that an agreement was reached whereby ISIL hands over its posts to al-Nusra Front.

Either way, al-Nusra Front, which is designated by many as a terrorist group, has rushed to take advantage of the situation, calling on foreign militants who had defected to ISIL to rejoin its ranks. Al-Nusra has proposed itself as a mediator, when it is actually on the side of Army of the Mujahideen.

In the same vein, an opposition source told Al-Akhbar, “It is a known fact that the Chechens would rather die than hand themselves over to the FSA, while al-Nusra Front represents an acceptable party for them to surrender to, in preparation to be reabsorbed into its ranks.”

It is also worth noting that ISIL’ ultra-extremist brand has helped promote among some the notion that al-Nusra is a moderate militant front, when this is definitely not the case. Interestingly, militant sources reported on January 5 that Abu Mohammed al-Golani, emir of al-Nusra Front, has proposed an initiative to ISIL whereby the two groups would unite under one banner and one leadership, in a formation to be called al-Qaeda in the Levant.

The Nur al-Din al-Zanki Brigades are considered the strongest component of the Army of the Mujahideen. The militia’s leader is Tawfiq Shahabuddin, born in 1973 in the region of Sheikh Salman near Qubatan al-Jabal. Since he formed the brigades, he has become known as Sheikh Tawfiq.

Before the start of the Syrian ISIL, the illiterate Shahabuddin worked as a camel-meat butcher. At the start of the armed insurgency in the Aleppo countryside, he sold all his properties for about $150,000, which he donated to Riad al-Assaad, to support the FSA. In return, Assaad appointed him as commander of the FSA in his home region, and in a short space of time, the armed group Shahabuddin formed was able to control Sheikh Salman.

Recruits to his group have since increased continuously. He took part in the battle to enter Aleppo, and positioned his group in the Salah al-Din district under the banner of Liwaa al-Tawhid. In early December 2012, Shahabuddin split from Liwaa al-Tawhid, and decided to operate independently.

Locally, the Nour al-Din al-Zanki Brigades are not seen as engaging in looting and theft, despite having confiscated private properties and factories belonging to residents of Aleppo. The brigades have also kidnapped people and released them for ransom.

Army of the Mujahideen: We will not fight al-Nusra Front

Army of the Mujahideen sources were keen to stress that they are not an “extremist group,” while a number of media outlets sought to portray the army as a moderate faction “similar to the FSA.” But this is inconsistent with the message carried by a January 4 statement.

Signed by the political bureau of Army of the Mujahideen, “Statement Two” said: “We distance ourselves from any confrontation with our brothers in al-Nusra Front, or any other jihadi faction, whether through direct fighting or in coordination with any faction against them.”

The statement then added, “We call on the honest ones among our brothers the Mujahideen in ISIL to defect and join their brothers in Syria against” the Syria government.

Which country will the American people vote for in the 2020 election!? 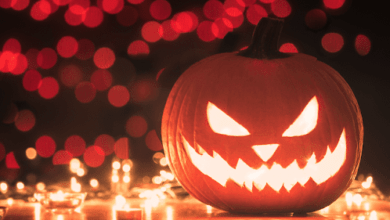