Mehr News – Referring to the main reasons behind the US hostility toward the IRGC, Bankok- based geopolitical researcher Anthony Cartalucci says weakening the IRGC would allow the US to successfully pursue its agenda in the region.

The Trump administration on Friday announced new sanctions against Iran’s Islamic Revolutionary Guard Corps (IRGC), the powerful security and military organization that is key to Iran’s regional influence, as part of Trump’s broader agenda to get tough on Iran under the pretext of support for terrorism in the Middle East. To shed more light on the US real goals behind , Mehr News agency reached to Bankok- based geopolitical researcher Anthony Cartalucci who believes weakening the IRGC would allow the US to successfully pursue its agenda regionally.

Following is the full text of the interview:

Despite confirmation of Iran’s appliance with the Nuclear Deal (JCPOA), the US administration keeps on pressure on Iran under various false excuses and accusations. What is the US real goal?

US policymakers have sought to control Iran and its political process since the US-backed coup in 1953. Since then, the US has directly and indirectly – through economic, diplomatic, military, and covert means – attempted to undermine and overthrow the prevailing Iranian political order that emerged after the Iranian Revolution.

The Joint Comprehensive Plan of Action (JCPOA) is only the latest iteration of this process, with US policymakers as early as 2009 conspiring to offer Iran a “superb offer” the US would then claim Iran failed to fulfill, all as a pretext for justifying greater and more direct economic and military confrontation. The US policy think tank, the Brookings Institution, in its 2009 paper, “Which Path to Persia? Options for a New American Strategy Toward Iran,” explicitly noted that US military aggression against Iran would be poorly received by the international community and would garner little to no support. Brookings policymakers noted that perhaps more support for US aggression could be gained by making it appear the US tried, but failed to establish and cultivate diplomatic ties with Iran. It is clear the US set out to accomplish this via the JCPOA.

In other words, the “Iran Deal” was always meant to be inevitably sabotaged by the US – there was no course of action Tehran could have taken to fulfill the JCPOA’s requirements that would have satisfied US interests, because US interests had no intention of ever honoring the deal. It was always meant as a mechanism for provoking and justifying war, not obtaining peace.

Why does the US administration try to target the IRGC, Iran’s elite military force?

Iran’s Islamic Revolutionary Guard Corps (IRGC) are indeed Iran’s elite military force, and that is precisely why they are being targeted. The US identifies, targets, and undermines strong, unifying institutions in foreign nations as a matter of projecting US power and influence into a targeted nation. In Iran, among other institutions, the IRGC is an obvious target for the US.

The IRGC has proven itself an effective force both within Iran and beyond its borders – particularly against proxy terrorist groups the US is using inside Iran to target the Iranian people and in Syria where Iranians are fighting against foreign-sponsored militants.

The IRGC represents a much larger alternative center of geopolitical power in the Middle East and Central Asia, one working against US interests and defending against US aggression and proxy violence. As empires have done all throughout human history, the US is simply trying to eliminate obstacles in the Middle East obstructing American hegemony. The IRGC represents a major obstacle. Targeting and weakening the IRGC would not only allow the US to successfully pursue its agenda regionally, but would also leave Iran itself more vulnerable to US-backed subversion. 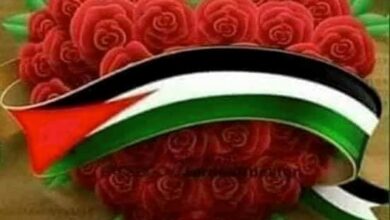