Turkey is facing on Monday fourth day of demonstrations after policed clashed with protesters demanding the government to halt its unpopular building project in a city park in Istanbul.

Istanbul’s main Taksim Square, where the protests first erupted, was relatively quiet early Monday as people started the first workday since tensions boiled over on Friday.

But protesters’ banners and barriers of scrap metal remained, suggesting they would return to resume days of demonstrations that have by some accounts left hundreds injured around the country.

Overnight, police fired tear gas and water cannons at protesters who marched on Prime Minister Recep Tayyip Erdogan’s offices in Istanbul and in the capital Ankara.
“Dictator, resign!… We will resist until we win”, yelled the crowds, who hurled stones and lit fires in the streets.

Police had withdrawn on Saturday from Taksim Square, the hub of demonstrations that started over an unpopular building project nearby and boiled over into a general protest against the government.

The flashpoint shifted late Sunday to the Besiktas area north of Taksim, near Erdogan’s Istanbul base.

Interior Minister Muammer Guler said earlier that more than 1,700 people had been arrested in the unrest nationwide.
A doctors’ union in Ankara said before the latest clashes that more than 400 civilians had been injured there including some with serious head wounds.

Groups such as Amnesty International and Human Rights Watch have denounced as excessive the police reaction and Turkey’s Western allies have appealed for restraint.
Amnesty reported that two people were killed during the protests.

Defiant Erdogan
For his part, Erdogan has remained defiant in the face of the demonstrations, dismissing the protesters as a “bunch of vandals” and was due to leave on a four-day official trip abroad later in the day.

He renewed on Sunday a call for an end to the disturbances.
“If you love this country, if you love Istanbul, do not fall for these games”, Erdogan said in televised comments.

He has dismissed the protesters, but admitted “mistakes” by the police in their initial response.

The Turkish PM was due to leave the country on Monday for a four-day tour of Morocco, Algeria and Tunisia, an official in his office told AFP. 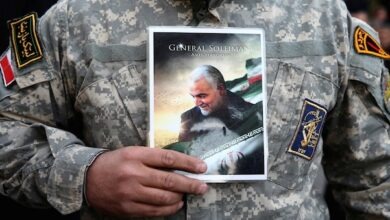