Mehr News Agency – Donald Trump, President of the United States, continues to pursue his protectionist policies in international trade. This has led to concern and frustration among the US European partners. Many international economic analysts are now talking about the conflicts raised between the United States and Europe over imposing steel and aluminum tariffs as the transatlantic “trade war”, conflicts that may widen in the near future, and affect the widespread relations between Washington and Europe. Although the European authorities such as Emmanuel Macron, Angela Merkel and Theresa May are seeking to manage this situation and prevent tensions from escalating with Washington, the anger raised among citizens, businessmen and opposition parties towards Trump and the US government is to the extent that these politicians can’t hide it.

The German Chancellor has recently sent an indirect and meaningful warning to Trump about his free commerce and counterbalance trade threats. On her 11th China trip since becoming chancellor in 2005, Merkel sought to show Chinese-German solidarity over free trade. The German Chancellor stressed that the United States should permanently exempt the EU from the unfair steel and aluminum tariffs. However, it seems that Trump doesn’t intend to retreat against its European partners. It’s possible that Trump may consider temporary exemptions for Europe in this regard, but there will be no sign of permanent exemptions. In the latest US trade move that has alarmed Beijing and Berlin alike, the US President Trump announced a national security investigation on car and truck imports that could potentially lead to tariffs. The fact is that Germany as an exporting country, runs large trade surpluses with the United States, but now it has found itself in Trump’s firing line.

Merkel signaled that her government will support European Union retaliation if necessary, though she prefers talks on between EU and US Authorities to lower tariffs and defuse the conflict. German Chancellor Angela Merkel also warned that “nobody will win” a global trade conflict after with the US President Donald Trump approving tariffs on foreign steel and aluminum.

“I don’t want to use martial language — that doesn’t help us get any further,” Merkel told reporters. “It would ultimately be detrimental to everyone. No one would win such a competition.” Merkel’s implicit threat, of the “European countermeasures” and “retaliation” against the United States may include setting tariffs on the American imported goods, which is subsequently going to lead to the increased export costs in the United States.

Though over the last months, European officials have been in intensive discussions with the US  President on steel and aluminum tariffs, it became clear that Trump is hardly going to withdraw from his position. The continuation of US -EU talks on steel and aluminum tariffs will increase the dissatisfaction and anger among European citizens from the United States. It will also affect the performance of American companies in Europe.

Many American economic analysts have warned that the implementation of compromise policies towards Washington can’ help at this period, a warning that Merkel and Macron chose to ignore.

Poland Playing on the US Ground

Recent statements by senior Polish officials in confirming the US government’s approach in pulling out of the Joint Comprehensive Plan of Action (JCPOA), have once again raised ambiguities and complexities in the actual formulation of the “JCPOA minus America”. It should not be forgotten that Poland, as one of the main European allies of Washington, is a member of the European Union, and it is necessary for all of the EU member states to vote for a law to be approved.

However, Poland has expressed its opposition against the European Union. The statements made by the Polish Foreign Minister which indicated his support for the decision of the United States, made it clear that Washington and Warsha consider the nuclear deal as a dependent variable which is affected by particular security equations. Currently, the European Commission has taken a series of measures to support European companies cooperating with Iran against US sanctions.

owever, unless all of the 28 EU member states support such decisions, they won’t be put into effect in practice. The decision-making structure in the EU is such that all 28 members of this bloc are involved. Thus the final decision of the European authorities calls for a “total consensus” of all the member states.

Jacek Czaputowicz’s recent stance suggests that Warsaw is busy with preparing the ground for defending the US interests under the situation which Trump had withdrawn from the JCPOA. Of course there has been hidden deals between Warsaw and Washington in this regard.

Poland’s Foreign Minister Jacek Czaputowicz said that Warsaw had not decided yet whether to back the ban, or namely “the blocking regulation”, a decision that needs unanimous backing from the EU’s 28 members. “We need to think, there is still time,” Czaputowicz said. “This doesn’t mean we don’t feel part of the EU community in these discussions … We will see what other EU members think.”

Referring to European companies doing business in Iran since the nuclear deal was put in place, Czaputowicz said Poland felt “economic considerations appeared to take precedence” in EU talks. “During discussions (within the EU), we will emphasize the need to consider the motives of the United States and a greater empathy towards them.” The decoding of the Polish Foreign Minister words is not really difficult. Warsaw is considered to be the most important piece of the United States in Europe and NATO.

Under such conditions, Warsaw’s absolute support for Trump’s government was not unpredictable. It should not be forgotten that the United States has always played the role of Poland’s patron in NATO. Trump government’s officials have pledged to Poland to provide more security guarantees to the country (within NATO).

Undoubtedly, in the near future, Poland’s play on the United States’ ground will become more apparent. However, the adoption of such an approach by Warsaw would lead to disputes between Poland and some other European players, the disputes that Poland and its supporter, the United States, will try to manage and limit. 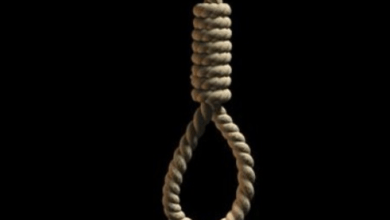