[In the U.S.] blacks are ignored and humiliated. Besides, their lives are in danger as well.

April 4th marks the anniversary of the assassination of Martin Luther King Jr., the well-known American Civil Rights leader.  On this occasion, a review of Ayatollah Khamenei’s remarks on the status of blacks in the United States is published.

Showing power should not be confused with showing oppression. You should not confuse power with crossing boundaries and moving forward in an unbridled way. For example, in some countries – such as America – the police is very powerful. They show muscle-bound people on camera who work as police officers and who arrest the people in the middle of the arena. Well, they are powerful, but they kill the innocent. For example, they kill a person by shooting 15, 16 bullets at him with the excuse that he wanted to draw a gun. This power is not an ideal power because it is accompanied by oppression. This is a kind of power which will not lead to security in the end. On the contrary, it will lead to insecurity. In fact, it is the main factor in creating insecurity. And as you have heard, when they go to a court of law, they acquit them.

Unfortunately today as you can witness, these events are many in a world that is indifferent to spiritual values. Now, the funny part is that in America – whose president is a black – many crimes are committed against blacks. They have a celebration on the occasion of abolishing slavery, which was done by a certain president, but they oppress blacks in a very cruel way. Of course, there are certain criticisms about the abolishment of slavery. They say that Abraham Lincoln abolished slavery, but this is not the truth of the matter according to historical research that has been carried out in a careful way. The issue was not the issue of abolishing slavery. Rather, it was the issue of the north and the south. It was the issue of long and deep-rooted wars between the north and south of America. It was a fight between landowners and agriculture, and industry. This was the main source of contention. They did not abolish slavery because of altruistic feelings.

In any case, despite this celebration, blacks are ignored and humiliated. Besides, their lives are in danger as well. 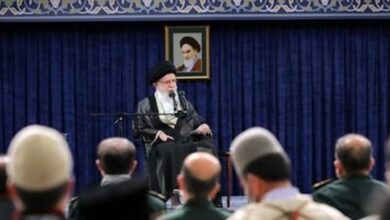 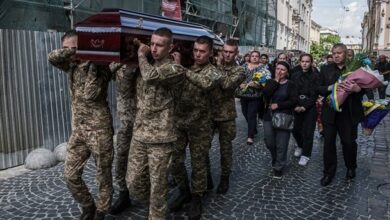