Mehr News Agency – Sequel to War of Indian Independence -1857, the Muslim population of India was alienated by Colonial British rulers and the Hindu majority. This deep sense of alienation, discrimination and humiliation compelled the Muslims to think for their separate identity and ultimately a homeland of their own. The Urdu-Hindi controversy-1867 was the first major event, which forced Muslims leaders like Sir Syed Ahmed Khan a great advocate of Hindu-Muslim unity to take a difference stance.  Hindus of Banaras demanded replacement of Urdu with Hindi and its Persian script with that of Devnagri script. Despite his efforts for reconciliation with Hindu leadership, Sir Syed Ahmed Khan had to say, “When even the language of a nation is not safe at the hands of other nations in a region, it would be unwise to continue living with them.” I the later years, Muslims felt estrangement and a continuous discrimination even at the platform of “Indian National Congress” established to take care of political rights of native Indians. Hindu leaderships totally dominated this so-called liberal platform and used it for their political and socio-economic gains. Establishment of All India Muslims League-1906, the fourteen points of Quaid-e-Azam Muhammad Ali Jinnah-1929 and Allahabad Address of Allama Dr Muhammad Iqbal-1930, gave further impetus for the establishment of a separate Muslim identity and a separate homeland for the Muslim of India. Pakistan Resolution (Lahore resolution-1940) was decisive millstone, which paved the way for a Muslim homeland and in later years, Pakistan became the destination of Indian Muslims, living all over subcontinent. Seven years from Lahore Resolution, on August 14, 1947, Pakistan became a reality. This indeed was the consequence of hectic efforts of our forefathers and painful history of Muslim discrimination.

Today, after 71 years of independence, Pakistan is facing a number of challenges. These challenges being faced by the state and society of Pakistan are even more crucial, uncertain, hostile and dangerous then our forefathers faced during Pakistan movement. Today, the anti-Pakistan nexus are more in numbers and lethal in cause and effect. They have both covert and overt presence inside and outside Pakistan. These challenges are both internal and external having intimate connections and linkages with enemies of Pakistan. The elements of extremism, radicalization and terrorism are only their tangible forms. The old rivals of Pakistan are now regrouping in a number of new forms and formats.

The strategies, these forces are adopting are very treacherous, aiming to destroy the very basis of the state and society of Pakistan. These forces want to defeat and destroy he social filament and the ideology of Pakistani nation. The social structure and ideological bondage of Pakistani society is being shattered through the promotion of ethnicity, sectarianism and radicalization. The past two decades have witness these tendencies in a more recurrent and rambling way. These factors have damaged the traditional coherence and harmony, the Pakistani society enjoyed for centuries.

Whereas, the rival forces could solely and gradually proliferate into the roots of  the peaceful Pakistani society to create a fissure and exploit those subsequently, the political leadership, the religious scholars and intellectual / academic classes were found wanting in playing their desired role of maintaining he harmony and coherence in the society. They could not develop a counter narrative against the quite visible strategies of the anti-state forces. The Pakistani free media could nether conceive nor pursue a role it should have played for the promotion of national integration and social cohesiveness. Rather, at time, it acted as a tool for furthering those narratives, which ultimately harmed the national integration deliberately or otherwise. Radicalization of the society by a selected class of the people under the cover of Islam is a bigger conspiracy against the ideological basis of Pakistan. The foreign sponsored militants: TTP, ISIL (Daesh) and many other militant groups are misusing Islam for promoting the objective of international anti-Pakistan forces. For this purpose, these groups, get un-ending financial support and weapons and equipment for misleading the youth of Pakistan, through a misconstrued from of Islam. This strategy has created extremism in Pakistan, which has physically and ideologically damaged the state and society of Pakistan.

Through a number of military operations, the armed forces of Pakistan have destroyed the organized basis of militants: however, there still exists the mind set and splinter groups, who can find their way to cause sporadic bomb blasts/suicide attacks.  The security forces, especially Pak Army deserve a special appreciation for these achievements. Since Pak Army and other security forces have played their part, there is a need that, political forces, the religio-political groups, the religious scholars, the academia and Pakistani society must play their role in the consolidation of the gains, armed forces have attained through combating militancy and destroying their organized bases.

As a way forward, there is a need to develop the counter narratives to what the enemies of Pakistan have been betraying the innocent masses for the past two decades now. Whereas, a selected political, intellectual and social class of Pakistan should formulate these narratives, the media should play a role in the projection of these narratives for defeating the enemy’s objective. Besides, let us strengthen the national integration and social cohesion among the Pakistani masses and transform the society to regain what we lost over all the years: the peace, harmony, stability and economic prosperity. The new government needs to do a lot to end the elements of uncertainly and chaos rampant in Pakistani society. 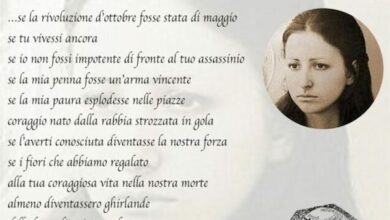