Mehr News Agency – “Our mission was to attack the buses and set them on fire. The unit I was responsible for carried out four operations. One of these buses got blocked on the street. Our armed men poured gasoline all over the bus, lit it with passengers still inside and quickly escaped the scene.” These are only part of the confessions of the Mojahedin-e Khalq (MEK) or better said Munafiqeen; a terrorist organization, which claimed to save Iranian people, but turned out to be a sworn enemy of Iran. They invaded Iran alongside Saddam Ba’ath Party, bonded with Saudi Arabia, spied for the Zionist regime, and lobbies with the U.S. officials to impose more sanctions on the people in Iran. 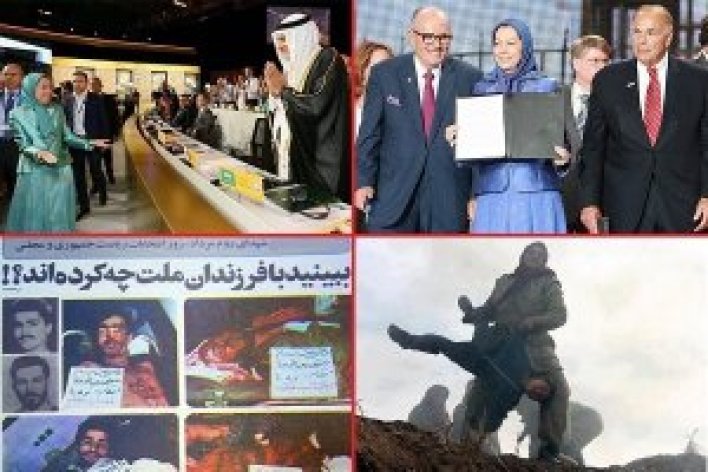 “Since we wanted our work to look flawless and much better than the previous teams, we bought a mirror from his next door shop and noticed he was in his usual place. We made absolutely sure that no officers were around. I immediately gave the clue that we prepared our weapons from both sides simultaneously. We were close to him, I fired the first shot followed by the second, it struck him in the head, but because it was a silent pistol, I did not hear the shots and fired a few more. After me, Reza went on a shooting rampage. Then, I ran and fired bullets in the air to get the people out of the way. We were told if someone wanted to grab us, we were allowed to gun them down.” These are part of the narrative of one of the terrorists who describes the story behind August 23, 1998.

The Munafiqeen, holding grudges against the Revolutionary Prosecutor of Tehran in the 60’s, assassinated Assadullah Lajevardi, who was no longer holding any government or judicial posts, in Tehran Grand Bazaar.

This terrorist operation was carried out by “Ali Akbar Akbari Dehbalaii” and “Ali Asghar Ghazanfarnejad Jalodar”, two members of the MEK. Asadollah Lajevardi was assassinated because he had stood with all his might against the brutal activities of the hypocrites during the early years of the revolution.

“The name of Sayad Shirazi was seen more than any other officer of the Iranian army in the security and intelligence services of the Saddam regime, whose information was predominantly provided by Saddam Hussein’s hypocrites and mercenaries in Iran’s Kurdistan … Two days after the assassination of Sayad Shirazi, while Saddam Hussein had just returned from Tikrit and his palace, he called on his secretary Hamoud to convey his gratitude to the Munafiqeen for the assassination of the Iranian officer. He also ordered Qusay, his criminal and corrupt son, to reward the leaders of the Munafiqeen”. What you read is part of the Iraqi scholar Al Jenabi, who has worked on classified documents leaked from the Ba’ath regime in Iraq.

The assassination of Sayad Shirazi was carried out on April 10, 1999, when an MEK team disguised as a waste collector a approached the Chief of Staff of the Armed Forces’ car and assassinated Major General Sayad Shirazi while handing him a letter. According to Munafiqeen’ organization, this terrorist activity, headed by Zohreh Qa’imi, a senior official of the Munafiqeen, was ordered directly by Massoud Rajavi.

Ali Sayad Shirazi was assassinated because he stood with all his power against the treacherous attack of the hypocrites in the final year of the Iran-Iraq war and during the Mersad Operation.

Confessions of the Munafiqeen to the murder of 17 thousands

One of the darkest parts of the MEK’s black list operations is the terrorist blind operations that led to the martyrdom of thousands of our compatriots. Let’s put it in line with the treason they committed during the imposed war on Iran, or the aid they provided for the Iraqi camps to Ba’athis to torture the Iranian prisoners. In one recent message from the group, which was posted on their website and on the People’s Democratic People’s Movement’s telegram channel, the terrorist group for the first time “accepted the responsibility for the killing of 17,000 Iranian citizens in the past years.”

Of course, Pahlavi small terrorist groups claim that all those assassinated were agents and affiliates of the Islamic Republic. While history shows something else; it documents their deadly killings in the street, terrorist operations aimed at harming ordinary people and … carried out by the Munafiqeen’groups.

From crime to betrayal

Treason and crime are two words that come to mind of every Iranian after hearing the name of “MEK”. The members of this hated group, who have trained their human network for years and have been trying to penetrate both inside and outside Iran, these days are dwelling on new ideas. The Munafiqeen have tried their best to make themselves an alternative to the Islamic Republic, and they call Maryam Rajavi the president of the Iranian Resistance Council!
Following useless shouts of Trump and Pompeo at the Iranian people, faced with the reaction of Iranian authorities, the MKE expressed a nervous reaction to a statement by the commander of the Revolutionary Guards Corps Qadim Qassem Soleimani. The message released in a video clip and quoted by the Munafiqeen group, contains new tips that are good to go over to clarify a few things.

In the video, the Munafiqeen have repeatedly referred to the assassinations of the martyrs, Assadollah Ladjevardi and Ali Sayad Shirazi, and threatened to kill Qasem Soleimani.

In this video message that was also published on a telegram channel of the Munafiqeen, the hike of dollar, truck drivers’ strike, demonstrations in some Iranian cities, etc., have been implicitly pointed to, but it all shows how the MEK and the U.S. play their parts in the unrest in Iran.

The spokesman for the People’s Mojahedin Organization (MEK) has claimed that they intend to annihilate the Iranian regime. The video says that the Iranian National Liberation Army had 820 tanks and armored vehicles, 510 types of cannons and 17 thousand other weapons [to attack Iran], but thanks to the U.S. efforts, mullahs were saved …”

The Munafiqeen in this message claims that “… the weapons and ammunition necessary to overthrow the [regime] is within the occupied homeland.”

This explicit message from the group of the Munafiqeen, which has become more active these days and has been swept up by a gathering in Paris and the support of some American officials such as John Bolton, Rudy Giuliani and Nikki Haley, is a striking alert.

Saudi Arabia’s proximity to the Iranian opposition and its financial and spiritual support for chaos inside the country is not new. The rulers of this reactionary regime have close relations with the group of the Munafiqeen, Pahlavi and some separatist groups in recent years. Maryam Rajavi’s journey to Saudi Arabia on the pretext of taking part in the pilgrimage, Saudi aid to Reza Pahlavi, which was revealed by the Arab media, and support for Saudi-affiliated Persian language networks from separatist groups are examples of Saudi attempts to jeopardize security in Iran.

There is no doubt in the absurdity of the Munafiqeen’s claims. However, what remains unanswered is that whether there is any institution that can bring the MEK to the court of justice for assassination of Iranian officials, killings of 17,000 Iranians in the past 4 decades and many more terrorist activities in Paris, Albania, and elsewhere in the world.