Hizbullah Secretary General His Eminence Sayyed Hassan Nasrallah confirmed that the Saudi crime of assassinating His Eminence, Sheikh Nimr al-Nimr, will not be taken lightly. In a televised speech, commemorating the death of Sheikh Mohammad Khatoun, His Eminence said: “This execution was very shocking. Through the execution of Sheikh al-Nimr, the kingdom sought to send the Islamic world as the entire region a message in blood with the swords, with beheadings.”

“To them, the sent message is: He who criticizes us as al-Saud, his blood will be spilled,” Sayyed Nasrallah said.

According to His Eminence: “The Land of the Holy Prophet, the land of Islam is falsely dubbed by the family of al-Saud on the bones and blood of the people there.”

“The land of the two holy mosques and the Holy Prophet and his family has been wrongfully called the Kingdom of Saudi Arabia. The land of Islam was unjustly named after one family, the al-Saud family, which forced itself onto the people with murder and terror with British [colonial] financing and support… The Saud family was established on the bodies of the people it massacred.”

As Sayyed Nasrallah condoled the family of Sheikh Nimr al-Nimr as well as the Saudi people in the eastern provinces, and the religious schools all over the Islamic world, he viewed that Sheikh al-Nimr’s martyrdom came in the context of Imam Hussein’s [PBUH] teachings and path.

“Did the Saudi court have any evidence that he is armed, or called for using weapons? Did he form an armed group? Did he call for violence and arms?” he wondered.

He further highlighted that the assassinated religious scholar as well as the opposition figures in the gulf region have always called for peaceful opposition, particularly in Bahrain and the eastern Saudi provinces.

“Sheikh al-Nimr’s approach was peaceful throughout his life, as all the scholars in the Eastern Province and in the Kingdom of Bahrain,” he stated.

According to the Resistance leader, “Al-Saud were capable of releasing an amnesty or keeping Sheikh al-Nimr in jail, but they didn’t want so. They wanted to say that the Saudi regime doesn’t care for the Islamic world or the international community.”

In parallel, he offered responses on questions that might be raised regarding the timing and purpose of Sheikh al-Nimr’s execution. “Why now? And why did al-Saud execute Sheikh al-Nimr?”

On this level, Sayyed Nasrallah elaborated that “in that kingdom, there is no place for opposition, argument, or opposition.”

“In the Saudi kingdom, which claims that it seeks to spread democracy, he who talks loud is executed. Al-Saud wanted to say: those who oppose us will be faced by bloodshed only.”

He also denounced al-Saud for promoting divisions across the Muslim world, saying when there is difference between Sunnis and Shias “look for Saudi Arabia.”

“Has not the time come to say with courage to the whole world that the main source and the launching pad for Takfiri ideology…is from this regime, from this family,” Sayyed Nasrallah noted.

He also urged the international community to move in face of al-Saud’s tyranny: “Is not it the right time to blame al-Saud for holding the takfiri thought and supporting the terrorist groups?”

Moreover, he stressed: “They are partners in all the blood which is spilled in the Arab and Islamic countries. Al-Saud want to destroy Yemen, regardless of the consequences. Yemen which stood up to the Saud family has been bombed for months… Anyone who opposes the al-Saud is killed.”

“Any hope for Saudi rational behavior has ended,” His Eminence said, adding, “When a regime loses its mind and humanitarian feelings that means it has reached its abyss and downfall.”

According to His Eminence, “Al-Saud crimes will ruin its terrorist regime. Sheikh al-Nimr’s blood will plague al-Saud till the Day of Resurrection”

In response, Sayyed Nasrallah confirmed that our responsibility is to prevent the Shiite-Sunnite sedition.

“Our people must be aware of this and must not turn the issue into a Sunni-Shiite conflict. Turning it into a sectarian issue is an act of betrayal towards the blood of Sheikh al-Nimr and it serves the purposes of his killers,” he said.

Comparing the kingdom’s rulers to the terrorist “ISIL” group, His Eminence warned that al-Saud and Daesh [ISIS] are advocates of the same school of thought, the same books and the same practices.”

“The books Daesh [ISIS] are using to teach children are the exact same ones being taught in Saudi Arabia… The terrorists killing in the region are merely tools which are trained, funded and supported by the Saud family, which has spread its takfiri ideology across the region,” he continued.

“Al-Saud family has always strived on creating Sunni-Shiite tensions and conflicts, as right now they are not creating a new strife, but only adding fire to the existing one that they helped grow,” he affirmed.

On the same level, Sayyed Nasrallah predicted that “the signs of the end of this tyrannical, oppressive, criminal and takfiri regime have started to loom in the horizon.”

His Eminence briefly recalled an incident, in which he had previously spoken out against the Saudi aggression on Yemen and the backlash he received.

“Months ago when I spoke about the Yemeni war, their media started circulating news that my son, who I have not mentioned for about 17 years, wasn’t martyred, but instead killed during a gunfight at a cabaret… Their sons and princes die in cabarets, ours die on fronts whilst engaged in battle to protect Lebanon and Palestine and the region,” Sayyed Nasrallah said.

His Eminence said such all means of war against the Resistance are doomed to failure, vowing that the “resistance will continue thanks to the generations which helped establish it.”

“No one is able to hit the Resistance in its will, and goals. No one can defeat the Resistance’s resolve in Lebanon. Hizbullah moral and jihadi spirit has achieved and all the victories, and nonce can overcome the party’s power, reputation and achievements.”

On another level, Sayyed Nasrallah hailed the traits of Sheikh Mohammad Khatoun.

“Sheikh Khatoun took many teaching responsibilities and he recently preferred to work with people in mosques and towns, moving away from the organizational and administrative responsibilities. Sheikh Khatoun was the model of what he believes in as a teacher, and an official. Shiekh Khatoun was one of the faithful scholars, who was prisoned in Saddam Hussein’s jails. He was the modest, pious and easygoing.”

Reiterating Hizbullah’s vow of response to the Zionist crime of assassinating martyr Samir Kuntar, Sayyed Nasrallah said: “It is coming. It will certainly occur.” 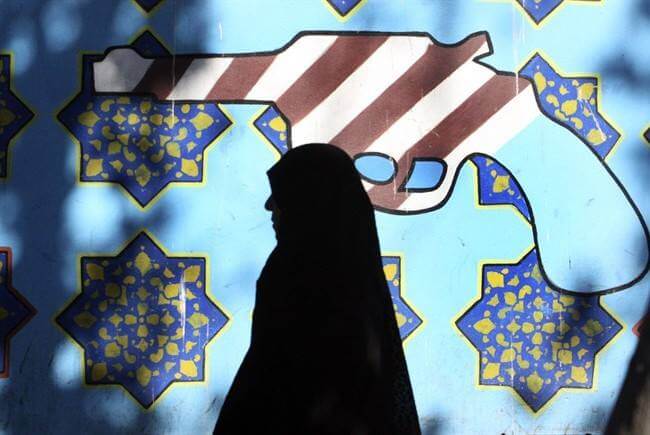 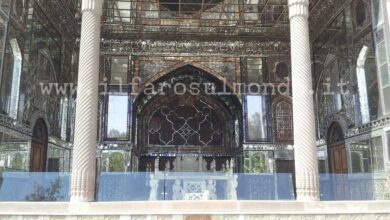