Hezbollah Secretary General His Eminence Sayyed Hassan Nasrallah delivered a speech on the anniversary of the Resistance Martyr Leaders.

As His Eminence welcomed the crowd gatherings in Baalbek, and Southern Lebanon, Sayyed Nasrallah congratulated the scarifying Iranian people and its leadership on the anniversary of the Islamic Revolution, which fulfilled the prophets’ dreams.

On the anniversary, Sayyed Nasrallah elaborated that we insist on commemorating the Leaders Martyrs Day as a sign of love, loyalty, and firm position as well as continuous Jihad.

He further said: “The real image of Hezbollah and the Islamic Resistance is that of Sayyed Abbas, Sheikh Ragheb and Haj Imad,” noting that “we insist on presenting the Martyr Leaders as models for the resistance’s generations.”

Sayyed Nasrallah also hailed the families of all martyrs, the wounded and the liberated prisoners. In parallel, he hailed the real men of the Resistance fighters, the Lebanese Army and the Syrian army, who are defending us in such a cold weather.

On the Israeli continuous threats against Lebanon, the Resistance Leader noted that the Israeli leaders and military generals are recently much threatening with the 3rd Lebanese war.
“The Israeli army assumes that the strategic Arab surrounding isn’t that of enmity, while that of Hezbollah is a major one,” he said. Moreover, Sayyed Nasrallah went on to say that “after the election of [US President Donald] Trump for the US presidency, the Israeli talk of the 3rd Lebanese war has escalated.”

“This intimidation is not new and it seems that there is a permanent Israeli objective to pressure the resistance community in Lebanon, and after Trump was elected US president, this intimidation has returned. Trump’s election does not scare us, even if claims that he will give Netanyahu the green light to wage a war on Lebanon turn out to be true, since the issue of war on Lebanon is not hinging on the American permission.”

However, he assured that “We’ve been hearing the talk of Israeli war on Lebanon since 2006.” “Every other day we hear statements about the third Lebanon war and about the coming vengeance. The new threats are based on the election of Trump, but the policy of the new American administration in the region is not clear,” His Eminence explained.

Meanwhile, he denounced the fact that “the Arab’s cover for an Israeli war on Lebanon has increased. There exists some Arabs who are ready to finance an Israeli war on the Resistance.”
“The Arab cover that allowed Israel to attack Lebanon in 2006 is also still present. The issue is not about the US permission or the Arab cover but rather whether or not they will be able to achieve a victory. This is the main question.”

Acknowledging that Israel’s position is evolving with respect to Hezbollah, and this year we were on the top of the threats to Israel,” Sayyed Nasrallah welcomed this fact as “as a sign of pride for us.” “For Israel, political conditions allowing a war over Lebanon have always been there, “but the main question for them is, will they win the war? The main issue is, what the price they are willing to pay is,” he asked.

However, the Resistance Leader assured that “all of Israel’s rhetoric about possible war on Lebanon is part of a psychological war. The strength and firmness of the resistance and President Michel Aoun’s unwavering stance will deter Israel from waging any war.” In response to the Israeli threats, Sayyed Nasrallah sent a sounding message: “I call upon Israel not only to evacuate the Ammonia tank from Haifa, but also to dismantle Dimona nuclear facility.”

He also warned the apartheid entity: “Wherever you moved the Ammonia tanks to, it’s to be targeted by the resistance.” According to His Eminence, “We can turn the threat into an opportunity and to transform Israel’s nuclear weapons to a threat to Israel, to its existence and settlers.” “Everyone has become to know that the air war alone does not make a victory,” he mentioned, elaborating that “they know what will happen to them and what the risks are if the missiles hit the Dimona reactor.”

Sayyed Nasrallah also reiterated that the enemy believes in the power and the ability of the resistance in Lebanon and that when it says, it does what it says. Once again, Sayyed Nasrallah addressed the Israelis by saying: “On July 2006, you assumed that you have enough information on the resistance so you attacked. However we surprised you. If your battalions came to southern Lebanon, what will happen to them? We always have something to hide and you will be surprised with what we had hidden, which can alter the course of any fool war that you might wage.”

Moving to the Palestinian cause, the Resistance Leader slammed the fact that Israel continues the process of Judaization in a wider range, the Judaization of al-Quds, the expulsion of its inhabitants and even preventing the pray calls. “The talk emerged of transferring the US embassy from Tel Aviv to al-Quds. The importance of this is that the US abandoned the idea of a two-state solution to anyone who believes in this path,” he said, raising the question: “Where is the Arabs’ position and their response to the aggressions of the Zionist enemy?”

According to His Eminence, “This bad situation of the Arab made Netanyahu said that he had never believed in his life that the Arab states are to be considered as an ally, not an enemy.” “A day after meeting of Netanyahu and Trump, they announced the death of the negotiation process, and for Israel, there is no such thing as a Palestinian state,” Hezbollah Secretary General highlighted, pointing out that “the Israelis themselves are unfortunately talking about the final stages of the Palestinian cause.”

In response, Sayyed Nasrallah assured the Palestinian people that the world will not remain as it is, nor will the region…”We are witnessing the final chapters of the elimination of the Palestinian cause.” To them, His Eminence said: “Do not to surrender and continue resistance and confidence in the option of the Resistance.The most important and greatest forms of resistance in Palestine is the uprising of al-Quds and individual operations. The fall of masks and hypocrites who lied to you for decades is very important.”

On another regional level, Sayyed Nasrallah clarified that “today Bahrain is an occupied state. There are Saudi forces in Bahrain who have killed the people of Bahrain.” Moreover, he viewed that “the execution of three Bahraini young men is a Saudi decision, and if they have some wisdom, they wouldn’t have carried out the death sentence against them.” “He who bets that the Bahraini people is tired after six years has to see the recent scenes and acknowledge that this people will not surrender,” His Eminence vowed.

“Saudi Arabia that created Daesh is the one responsible for hundreds of thousands of martyrs killed in Iraq, Syria and Sinai and other places,” Sayyed Nasrallah continued as he expected Daesh’s defeat. Elsewhere in his speech, Sayyed Nasrallah praised the Yemeni people for their resistance against the Saudi aggression, saying the Yemenis prevented Riyadh and its allies from achieving their goals of war.

“The Saudis and their allies imagined they could end the military campaign “in only weeks,” but they were “mistaken,” he added, unveiling that there exists confirmed data that Israel is a partner in the Saudi aggression on Yemen: a partner in finance and in terms of information and technology.” His Eminence also underscored that “Every day, there are Yemenis and Saudis who are killed, and thousands of children are starved… Most Yemenis are still sacrificing and resisting the aggressions.”

Moreover, Sayyed Nasrallah predicted that “Just like we gained victory in 2000 and in the July [2006] war, we are now approaching victory over the American-Saudi-Israeli scheme called Daesh.” 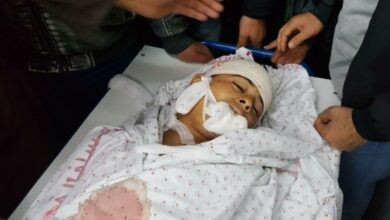 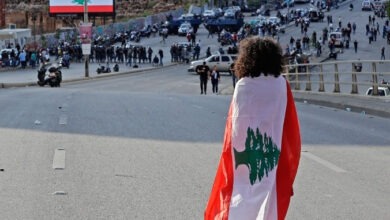