Alwaght – The genocide of Yemeni Muslims perpetrated by the Saudi Regime has dwarfed the atrocities committed by the Zionist regime against Palestinians.

Well, it appears that following the establishment of ties between the Israeli and Saudi regimes, the rulers in Riyadh have not only been good students of their Zionist masters but they have actually outsmarted them in acts of genocide perpetrated against Muslim civilians.

The world was shocked last Saturday when the Saudi regime committed one of its worst single atrocities in Yemen when its warplanes bombarded a funeral hall packed with mourners in the capital Sana’a, killing nearly 200 people and injuring over 600.

Even Human Rights Watch (HRW) says Saudi airstrikes on the funeral capital constitute an apparent war crime, calling for an independent probe into the incident.

“The clear presence of several hundred civilians strongly suggests that the attack was unlawfully disproportionate,” the leading rights group said in a statement on Thursday.

Yemen has been under relentless Saudi airstrikes since March 2015, when Saudi Arabia launched its military aggression against the neighboring country in an attempt to undermine Ansarullah and reinstate Abd Rabbuh Mansur Hadi, a staunch ally of Riyadh, who has resigned from his post as the country’s president.

The recent Saudi carnage against mourners in Sana’a reminds one of the atrocities which have been committed by Zionist rulers, especially Benjamin Netanyahu, Ehud Barack and Ariel Sharon against Palestinians especially in the Qana, Sabra and Shatilla horrendous massacres. A brief comparison shows that the Saudis have outsmarted Zionist criminals in committing genocide and atrocities against innocent Muslims. Zionists have been openly opposed to Islam and it comes as no surprise when they massacre Muslims.

According to media estimates, during the Israeli regime’s three wars on the besieged Gaza Strip in 2008, 2012 and 2014 almost 4,000 Palestinians were killed. Most of the victims were women, children and the elderly while the infrastructure of the region was completely destroyed. The three Gaza Wars lasted nearly three months in total.  On the other hand, since March 2015, the illegal Saudi military aggression against Yemen has so far claimed the lives of at least 10,000 people, according to the UN.  A survey has revealed that Saudi Arabia has targeted more than 3,000 civilian sites, including schools, hospital and mosques, in its war on Yemen. According to the survey, conducted by the Yemen Data Project, a group of academics and human rights activists, Saudi airstrikes hit 3,158 non-military sites between March 2015 and the end of August this year. This is the same approach which was used by Zionists against Palestinians in Gaza and Saudi seem to have perfected these atrocities.

The Israeli regime used banned weapons in the Gaza war to kill civilians and the Saudi regime has also intensified its airstrikes on Yemen, using internationally-banned cluster bombs.

The Saudi regime has not just aped Israeli war crimes in attacking Yemen but are also using Israeli warplanes to bomb Yemeni Muslims.

On May 5, Prince Turki bin Faisal, Saudi regime’s ex-spy chief and retired Israeli Major General Yaakov Amidror, former national security advisor to Prime Minister Netanyahu, spoke together in Washington DC at an event hosted by the policy wing of the Israel-Zionist lobby AIPAC. The event which was broadcast live online, showed that Saudi Arabia and Israel have finally made public their hitherto clandestine ties. In January this year, Sharaf Luqman, a spokesman for the Yemeni army said Israel, the United States and the United Kingdom have been contributing to Saudi Arabia’s deadly war on Yemen by sending warplanes to bomb the impoverished nation. During the early days of the Saudi aggression on Yemen, two F16 jets were shot down over Yemen. When the wreckage was examined, both were found to be of types never supplied to an Arab nation, not Saudi Arabia, nor anyone. The only “buyer” in the region for that type of plane is Israel.

The Saudi King claims to be “Khadim al-Haramayn” or the servant of the two Holy Islamic shrines in Mecca and Medina but collaborates with the enemies of Islam and Muslims, especially Israeli Zionists who occupy al-Aqsa the third holiest Islamic shrine, to commit war crimes and genocide against Yemeni Muslims. Documents from the Panama Papers leak in May revealed that Saudi king Salman bin Abdulaziz financed Israeli Prime Minister Benjamin Netanyahu’s rise to power.

Isaac Herzog, member of the Knesset (Israeli regime’s parliament) and Chairman of the regime’s Labor party, revealed that the Saudi king has been overtly influential in the election campaign that saw Netanyahu get elected. “In March 2015, King Salman has deposited eighty million dollars to support Netanyahu’s campaign via a Syrian-Spanish person named Mohamed Eyad Kayali.” Herzog cited from a leaked Panama Paper.

No doubt, committed Muslims have never had any illusions about the true nature of this Al Saud regime whose entire record is one of treachery and betrayal of Islam. Those Muslims in their innocence or ignorance who fell for the Saudi propaganda that the ruler of the Kingdom is “Khadim al-Haramayn” and serving the cause of Islam should now understand clearly that the Saudi regime is the servant of the ‘Little Satan’, Israel and the ‘Great Satan’, the US. 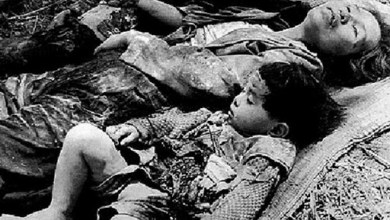