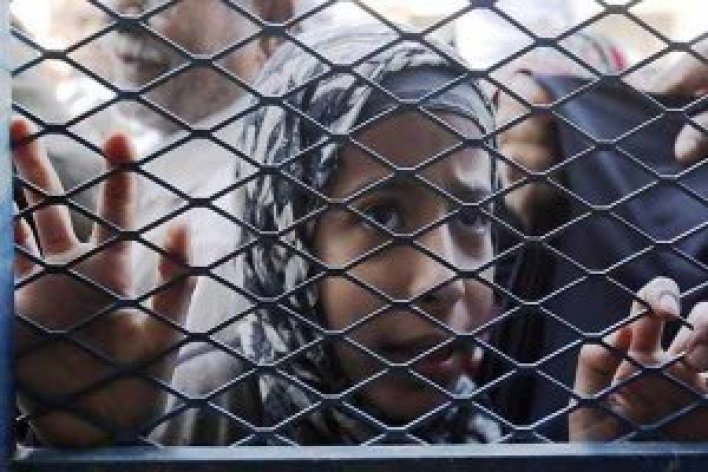 The International Committee of the Red Cross (ICRC) says the Saudi blockade has left three cities in Yemen running out of clean water due to a halt in the import of fuel needed for pumping and sanitation, Yamanyoon news outlet reported.

The ICRC said in a statement on Friday that nearly one million people in the Yemeni cities of Ta’izz, Sa’ada and Hudaydah were now deprived of clean water and sanitation, warning of “a renewed cholera outbreak.”

“With imports of fuel and other essential goods at a standstill for the past ten days, three Yemeni cities had to stop providing clean water in recent days, putting close to one million people at risk of a renewed cholera outbreak and other water-borne diseases,” the ICRC said. The ICRC also stated that other cities, including the capital Sana’a, were expected to be in the same situation within two weeks.

“The water and sewage systems in Hudaydah, Sa’ada and Ta’izz stopped operating because of a lack of fuel,” Alexandre Faite, the Head of Delegation at the International Committee of the Red Cross (ICRC) in Yemen, said in the statement. On November 6, Saudi Arabia announced that it was shutting down Yemen’s air, sea, and land borders, after Yemeni fighters targeted an international airport near the Saudi capital with a cruise missile.

The United Nations made a plea for the Saudi war machine to remove its blockade, warning that without aid shipments “untold thousands of innocent victims, among them many children, will die” and that its partial lifting was not enough.

Iolanda Jacquemet, an ICRC spokeswoman in Geneva, said, “If these water treatment plants and sewage plants stop working, it can only bring cholera back and other water-borne diseases.”

Jacquemet added that “We’re very scared that cholera might come back,” referring to the huge outbreak of cholera in Sana’a in April just 10 days after the sewage treatment plant had stopped working over lack of fuel.

Some 2,100 people have died of cholera since April as hospitals struggle to secure basic supplies across the country. The epidemic had been on the wane for weeks in Yemen, although new cases are still running at around 2,600 per day. Saudi Arabia has been incessantly pounding Yemen since March 2015 in an attempt to Yemeni people and reinstate former President Abd Rabbuh Mansur Hadi, who is a staunch ally of the Riyadh regime.

More than 12,000 people have been killed since the onset of the campaign. Much of the Arabian Peninsula country’s infrastructure, including hospitals, schools and factories, has been reduced to rubble due to the war.