Mehr News Agency – A new strategic debate has engulfed not only the European continent but also other great powers across the globe. The idea of an EU collective defense, now dubbed as “an integrated EU military” is not new—as it has in the past been briefly mentioned by Silvio Berlusconi when he was the Italian prime minister, but more recently, by Commission President Jean-Claude Juncker. Today, however, the idea of European Army has been resurrected in response to the Trump administration’s decision to double down on its criticism of the EU members that have failed to adequately fulfill their burden sharing obligations insofar as their financial contributions to NATO are concerned. Trump’s decision to withdraw from the Intermediate-range Nuclear Forces (INF) Treaty has also provoked such a reaction from both France and Germany. Considering the old Franco-German competition and the upcoming European elections, it should come as no surprise that this idea, considered “naïve” by some and “prudent” by others, has defied a strong and persistent consensus among the EU members.  The lack of consensus springs from differing threat perceptions (terrorism, the refugee crisis, failed states, border security, a resurgent Russia, etc.) among the EU member states.  Yet, the timing of revisiting this idea has to do with the fact that the EU political elite feel that Europe can no longer count on the United States to fulfill its mutual defense obligations.

The EU member states have often found themselves on the opposite side of the United States, China, and Russia on several issues.  Most notably, the EU countries’ decision to support the Iran nuclear deal pitted them against the US position to withdraw from it. French President Emmanuel Macron has recently noted that Europe needed “a real European Army” to protect itself from China, Russia and the United States amid growing dangers from cyber-hacking, meddling in various countries’ electoral processes, and the US decision to withdraw from a missile treaty.

German Chancellor, Angela Merkel, further bolstered this idea by supporting President Macron’s call on the European Army, telling the EU Parliament that such an army would not weaken the US-led NATO alliance, but could complement it in many ways.

This idea has prompted a series of backlashes through Europe and North America. UK Air Marshal Sir Stuart Peach, chairman of the NATO Military Committee, dubbed this idea “unwise” while pointing to NATO’s strength as a unique command and control network: “It’s not rhetoric based. It’s real planning based on real data,” Peach noted. “And therefore, why would you wish to duplicate or replicate the strengths of an existing strong alliance.”

Likewise, the US President Donald Trump, in a series of posted tweets, reacted negatively to Macron’s comments, describing it as “very insulting.” A similar criticism came from NATO Secretary General Jens Stoltenberg, who asserted that “It will be not a wise decision by all those nations who are members of both NATO and the European Union to start to have two sets of command structures, or duplicate what NATO is doing.” Similarly, Dutch Prime Minister Mark Rutte has questioned the idea of an integrated European Army, stating that the “continent’s safety could be guaranteed only through NATO.”

Russian President Vladimir Putin, by contrast, has reacted affirmatively to this proposal, describing it as a “positive” development.  So have, in a rather startling manner, conservative and Euro-skeptic ruling elites of the Europe—including Czech President Milos Zeman and Hungarian Prime Minister Viktor Orban—whose support for European army has been predicted on entirely different considerations.

This support, by itself, should cause those in favor to pump the breaks on any potential future arming of the subcontinent. The goals of a secure Europe, one might argue, are not necessarily those of Orban or Zeman. To paraphrase a Latin phrase from the classic the Aeneid, “I fear the Greeks even when they bring gifts.” A reasonable dose of skepticism is required when avowed and militant nationalists support military armament.

Whether this idea is a turning point in European politics remains open to debate.  It is worth noting that EU member states are driven by different motives and incentives, making it extremely difficult to build a broader consensus in the face of the unanimity rule within the EU common defense policy.  The most practical obstacle to the idea of an integrated European Army is the lingering issue of national sovereignty.

Given the lack of political cohesion within the European Union, both the vision and the logistics of an authentic European integrated army are likely to fail to present a realistic alternative to NATO and may invite further arming throughout Europe. Learning the lessons that presaged the last two World Wars, one should view with apprehension this move toward military expansion. 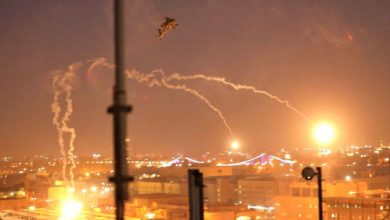