Palestinians have hailed a recent decision by South Africa ’s ruling party to downgrade the country’s embassy in the occupied territories to a liaison office in an attempt to reduce diplomatic relations with Israel. 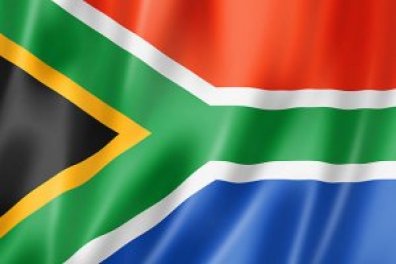 At a national policy conference in the city of Johannesburg earlier this week, the African National Congress (ANC)’s international relations commission said the move was meant to show “unwavering and steadfast commitment for the struggle” of the Palestinians and denounce the Tel Aviv regime’s illegal occupation as well as non-compliance with the international law.

“The commission called for the downgrading of the South African embassy in Israel to send a strong message about Israel’s continued illegal occupation of Palestine and continued human rights abuses against the people of Palestine,” said commission chairperson Miriam Segabutla.

In a statement released on Saturday, Hamas spokesman Hazem Qasim praised the ANC for taking the measure and called for more pressure on Israel to recognize the Palestinian people’s rights.

Palestinian Ambassador to South Africa Hashem Dajani also described the decision as an “advanced move to put pressure on the apartheid government of Israel in order to end occupation of the state of Palestine.”

The decline in South Africa-Israel ties would mark a recognition of the Palestinian right to self-determination and statehood, he added.

Most South Africans have historically supported the Palestinians due to similarities between the Israeli occupation and South Africa’s apartheid era.

Late South African President Nelson Mandela said in 1997 that “our freedom is incomplete without the freedom of the Palestinians.”

South African Nobel peace laureate Archbishop Desmond Tutu said in 2002 that his trip to Palestine had reminded him “so much of what happened to us black people in South Africa.”

The Israeli regime on the one side and Egypt, Jordan, and Syria on the other fought the Six-Day War on June 5-10, 1967.

At the end of that war, Israel occupied the West Bank, East Jerusalem al-Quds, the Gaza Strip, and parts of the Golan Heights. Israel later withdrew from Gaza but has kept the coastal enclave under a crippling siege since 2007.

Palestinian authorities want the resolution of the conflict with Tel Aviv based on the so-called two-state solution along pre-1967 boundaries, but Israeli officials have so far refused the call.