Mehr News Agency – These days, Middle East is facing a torrent of events that seem to be born out of conspiracies and compromises. The changes that will threaten peace in the region. It seems that US President Donald Trump and Israeli Prime Minister Benjamin Netanyahu are trying to draw their own advantages by carrying out new plans in Middle East. On the one hand, we see that the West, US, and the Zionist Regime are increasing their measures against Syria. After years of war and military activity in Syria was proved to be fruitless and the western countries did not gain what they wanted, they are now trying to reach their goals by exerting enormous pressure on Syria and placing the country under a new round of sanctions.

These countries, on the other hand, are doing their best to prevent the Syrian refugees from going back to their country and they have now come up with new ideas such as chemical attacks in Syria.

In the same time, the Deal of the Century is taking its first steps. The deal starts from Bahrain in the form of sessions and economic workshops and will gradually expand to other areas. Everything is moving on quickly and Trump seeks to serve the Zionist regime the best. For carrying out the Deal of the Century, Trump is trying to put the maximum amount of pressure on Arab countries, but he shows them no respect and expect them to follow his orders without no question.

Amid all these tensions, Sayed Hassan Nasrallah, the secretary general of the Lebanese political and paramilitary party Hezbollah pointed out some critical issues in his recent speech:

•    Warning that the Deal of the Century is based on an ominous plot to destroy Palestine’s’ hopes and dreams.

•    The US and the Zionist regime have conspired so that Palestinian refugees lose their right for going back to their country.

•    The first stage of the Deal of the Century will begin by Manama session.

•    Advising Lebanese and Palestinian officials to devise plans against the plot for prohibiting Palestinians from returning to their homeland.

•    Stressing that resistance is the only way for thwarting Zionists’ plans.

Nasrallah also delivered a speech on May 25th on the anniversary of the Resistance and Liberation day. This speech also contained key points, including two important issues:

•    First, he stressed that resistance is critically important for Lebanon these days, as the international law is not respected by many countries. If it weren’t for the resistance and liberation in 2000, Trump would’ve granted the south of Lebanon or other parts of it to Israel, just like he did with Al-Quds and the Golan.

•    Second, the real reason behind delaying the return of the Syrian refugees in Lebanon to their country is political and it is related to the presidential elections in Syria. 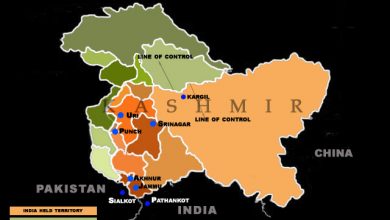