Hezbollah Secretary General His Eminence Sayyed Hassan Nasrallah delivered on Sunday a speech in which he tackled various regional titles. Sayyed addressed hundreds of thousands of people who gathered in Dahyieh [Beirut’s Southern Suburbs] to commemorate the 10th of Muharram, the martyrdom of Holy Prophet Mohammad’s grandson, Imam Hussein [PBUH]. At the beginning of his speech, Sayyed Nasrallah condoled Holy Prophet, Emir of Believers, Imams and the Leader of the Islamic Revolution His Eminence Imam Sayyed Ali Khamenei as well as the entire Islamic world. “By this huge crowd, you once again stress that you never abandoned Imam Hussein,” Sayyed Nasrallah told the participants, noting that “Thank God year after year, this commemoration is expanding and growing in quantity and quality and on every level.”

Starting with Daesh, His Eminence described the group as one of the worst phenomena that our region has witnessed. ” The Wahhabi ideology is behind Daesh and the other takfiri groups,” he added. He further called for punishing those who created and supported Daesh. “They must be known to the world so that they get punished.”

Regarding the battle with Daesh, Sayyed Nasrallah hailed the Syrian cooperation with Russia and Iran, as well as “Iraqi, Pakistani, Afghani and Lebanese Resistance. “What changed the tide of the battle is the inclusion of these people, their militaries and the real friends – now there is a fight.”

He also reiterated his rejection to the American scheme of fragmenting the region. “Today the Iraqi people and all people in the area know their friend and their enemy, and they shouldn’t wait for the Americans, [rather they should] rely on the real friends who refuse America’s project to divide the region.”

Moving to the “Israeli” front, His Eminence commented on the “Israeli” officials continuous threats that “They always come out and say that no stone will be left unturned in the next war, or that Lebanon will revert back 100 years [as a result].” In response, Sayyed Nasrallah sent a sounding message: “To the “Israelis” and Jews in the world: Our battle is with the Zionist oppressors and occupiers and not with the Jewish religion.”

Moreover, His Eminence warned the Jewish religious scholars and community that “Netanyahu’s government is leading to your destruction and end. You will pay the price because of Netanyahu’s foolish policies as he is trying to drag the region into war in Syria and Lebanon.”

“Netanyahu and his government do not know if they started the war, how will it end. They don’t have a correct assessment of where this war will lead if they ignite it, and did not know how it would end. “They do not have a correct picture about what is awaiting them if they go to this foolish war. “Israel” does not know where such a conflict would be fought, who will interfere or who would take part,” he added.

In parallel, His Eminence called upon all those who came to occupied Palestine to leave and return to the countries they came from so as not to be the fuel of any war waged by their stupid government.

“You will not have enough time to leave Palestine should Netanyahu wage a new war in the region. You will have no secure place in occupied Palestine” Sayyed Nasrallah threatened. To the “Israeli” government, Sayyed Nasrallah said: “Time has changed and those whom you bet on will be a burden on you.”

Addressing the “Israeli” settlers, the Resistance Leader underscored: ” You know that much of what your political leadership statements about its ability in any future war are mere lies and illusions because you know the extent of the imbalance. Do not allow a foolish government to take you to an adventure.”

Furthermore, Sayyed Nasrallah went on to say that “If the Iraqis, Syrians and Lebanese waited and relied on the American administration and its international coalition, Daesh would have remained and expanded as its slogan has said and the battle with Daesh would have been lost.”

As he wondered “who was responsible for creating Daesh? Who funded, armed and supported it?” Sayyed Nasrallah emphasized that “If [US President Donald] Trump and Netanyahu get a new war in the area, it will be your [the US and “Israel’s”] fault and you will pay the price.”

In addition, His Eminence accused the American administration for being responsible for the problems that sprung up in our region, and is taking the world to war with North Korea, with Kuba … and Venezuela. On another level, Sayyed Nasrallah called for the end of the unjust war on Yemen, particularly that the rulers in Riyadh had achieved nothing from their war.

“The Yemeni people know that the result of steadfastness and courage is victory and that the cost of the battle, no matter how large, is less than the cost of surrendering to those who want to confiscate their sovereignty,” he added.

Moving to Bahrain, His Eminence said: “We must also remember the oppressed Bahraini people who are imprisoned and subjected to violations.” He went on to slam the fact that “at a time when Bahrain’s scholars are being oppressed, Manama is heading towards normalization with the “Israeli” entity.”

His Eminence further expressed his solidarity with the Muslims of Myanmar: “The new and great responsibility is on the Islamic countries, which must move before it is too late and we must all know that this problem is with a fascist racist regime.”

Strategic Deterrence Is the Axis of Resistance against Zionist Regime 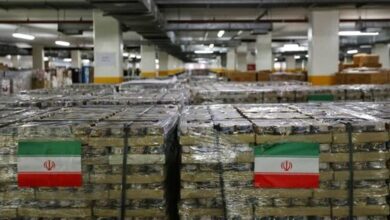 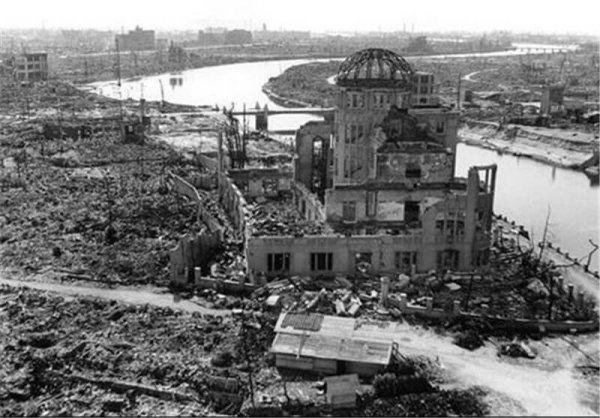