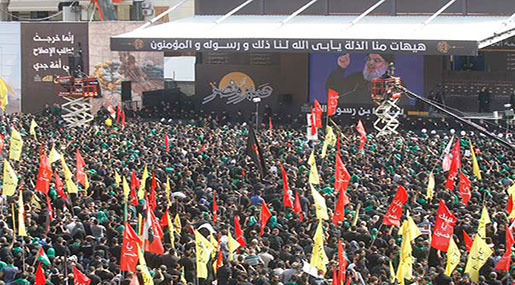 As His Eminence thanked all sides that organized the Ashura ceremonies, he hailed all who exerted efforts to protect the towns and cities where the Ashura commemorations were held. “I thank the Lebanese Army, the official security agencies and the units of Hizbullah and AMAL Movement,” he said.

Warning that what is happening in the region firmly affects the region and Lebanon, Sayyed Nasrallah highlighted that we are witnessing tension and escalation which govern the regional scene. “This contradicts the situation several months ago, when we thought that we were on the verge of settlements.”

On this level, he recalled that the negotiations in Kuwait failed on Yemen as well as the Russian-US talks over Syria. “Weeks ago, there was a chance to achieve a ceasefire in Syria through the US-Russian agreement, but the US withdrew from this agreement.”

According to Sayyed Nasrallah, the Americans dropped from the deal because it distinguishes al-Nusra front from other armed groups. “The Americans realized that striking al-Nusra would weaken the rest of the armed terrorist groups currently aiding the US in its pursuit of interests in Syria,” he elaborated.

Meanwhile, His Eminence underscored that “it is clear that the US and its followers will continue to support the armed groups in Syria to continue their fight.”

On the same level, he went on to say that “the goal of the war on Syria was to make it fall and be fragmented and be ripped apart in line with the “Israeli” interests. It is meant to ruin and destroy Syria for the eyes of the “Israeli” ally.”
In this context, he explained that both Daesh and al-Qaeda affiliated terrorists of Fateh al-Sham, formerly known as al-Nusra, “are being used to serve and achieve US and “Israeli” goals.”

“The real goal of the countries that have neither democracy nor elections was not democracy or elections in Syria,” the Resistance Leader confirmed, hailing the fact that 6 years passed and they failed to topple Syria or control it.
In parallel, Sayyed Nasrallah warned that “there is an American effort to open the exits to Daesh from Mosul so that its terrorists accumulate in Eastern Syria i.e. in Raqqa and Deir al-Zour.”

He also reiterated that “the Americans, Saudi Arabia and some regional countries are blocking the political solutions in Syria.”

As Hizbullah Secretary General stressed that “steadfastness and perseverance are needed during this stage”, he added: “Syria and its allies have prevented the fall of Syria into the hands of these takfiri, terrorist groups that have ties to foreign embassies and intelligence agencies.”

“Syria was, is and will remain the main chain in the axis of resistance,” he assured, saluting the steadfastness of the people in Kefraya and al-Foaa. “We won’t forget you and we have to work to end this issue and in the appropriate manner.”

Slamming the US support for terrorist groups, Sayyed Nasrallah revealed that “in Fallouja and Anbar, the US opened the way for the defeated Daesh.”
“Gulf States must accept political solutions if they want the welfare of the Syrian people,” he said, reiterating that all those who are defending Syria continue to defend the Resistance and look forward to a political solution and not to more bloodshed.”

Moving to Yemeni Front, His Eminence lamented the Saudi airstrikes that launched a brutal aggression against a crowded funeral ceremony in Sanna.

“The Saudi regime made a historic mistake in launching the aggression against Yemen,” he said, noting that “the Yemeni people remained steadfast in face of the Saudi aggression amid the world’s silence and surrender.”

Refusing the political black mail in connecting the denounce of the Saudi massacre with the Lebanese presidential file particularly affecting the chances of General Michel Aoun, Sayyed Nasrallah stated: “Even UN Secretary General Ban Ki-moon has condemned this strike, although he has always been silent, so how do you want me to remain silent?”

As he slammed this horrible massacre, which forms a major scandal for the Saudi regime, His Eminence viewed that this massacre must turn to a way towards ending this war.

“This massacre must be a motive for ending this war and the world must convince Saudi Arabia that it cannot win this war,” the Resistance added, assuring that the Yemeni noble blood will emerge victorious and Saudi Arabia will lose.

On the same front, Sayyed Nasrallah said: “Saudi Arabia’s insistence on carrying on with the war will not only make it lose Yemen, but it will also make it lose itself. The current Saudi leadership is pushing the kingdom to the brink of the abyss.”

“All the world started to be aware that terrorism is logically and financially supported by Saudi Arabia,” he emphasized, calling the Saudi rulers to return to their senses.

Moving to the Lebanese internal front, His Eminence urged all Lebanese sides to agree on preserving security and civil peace in Lebanon, via an understanding on the election of a president and the formation of a new government.

Commenting on the recent political move of the Future leader Saad Hariri, he said:
“The country has entered a positive political phase with regard to the presidential election. This change, which they talk about is that Future Movement leader Saad Hariri might declare his support for Gen. Aoun’s candidacy.

As His Eminence highlighted that Hizbullah naturally welcomes and supports any positive political change that will take the presidential election to the desired result he also acknowledge the courage of those who make this change.
In his speech, Nasrallah called for an inter-Lebanese understanding to elect a president and form a new government.

“The Lebanese are called upon to exert efforts in the next few weeks to meet and reach an understanding on the election of a president and the formation of a national unity government in which everyone participates, after which preparations [will] begin for parliamentary elections,” he said.

“So where is the problem in forging agreements with Berri, Franjieh and the rest of the allies?” he wondered.

Cautioning that there are financial, legal, environmental and health issues that need to be addressed by the executive and legislative branches, His Eminence called Hizbullah’s allies and friends to return to the government in return for commitment to the National Pact and partnership.

“Serious efforts must also exerted to resume the parliament’s legislative role,” he stated.

He also stressed that preservation of security, stability and civil peace in Lebanon was a red line. “Civil peace and stability are essential for everything for politics, the economy and the presidential election.” 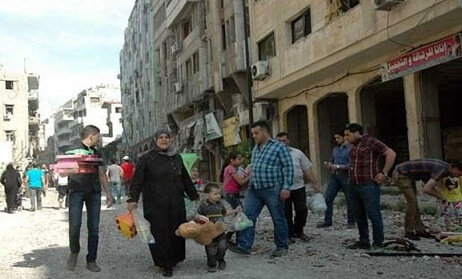 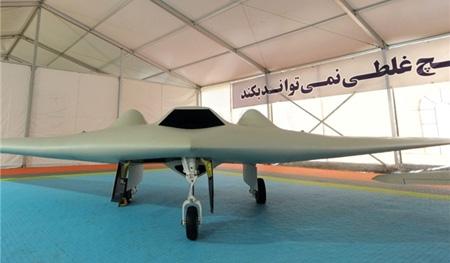 Editor locale The Israeli military announced on Sunday that it fired two Patriot missiles at a drone that "infiltrated" from Syria into the Occupied Golan Heights.… Trump’s defeat against the red dragon

Mehr News Agency - What is certain is that US President Donald Trump has failed to take action to weaken the dollar and regulate the economic battle with Beijing.… 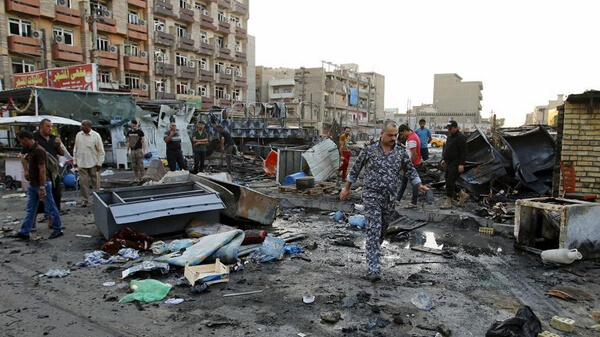 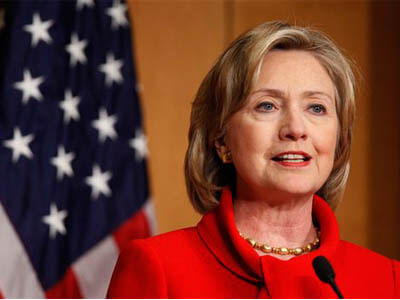 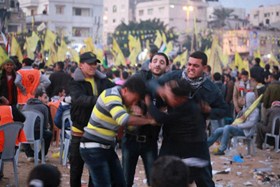 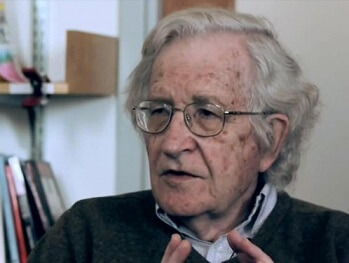 Local Editor Noam Chomsky, American linguist, philosopher and political commentator, has warned that the world is racing towards “environmental catastrophe”… 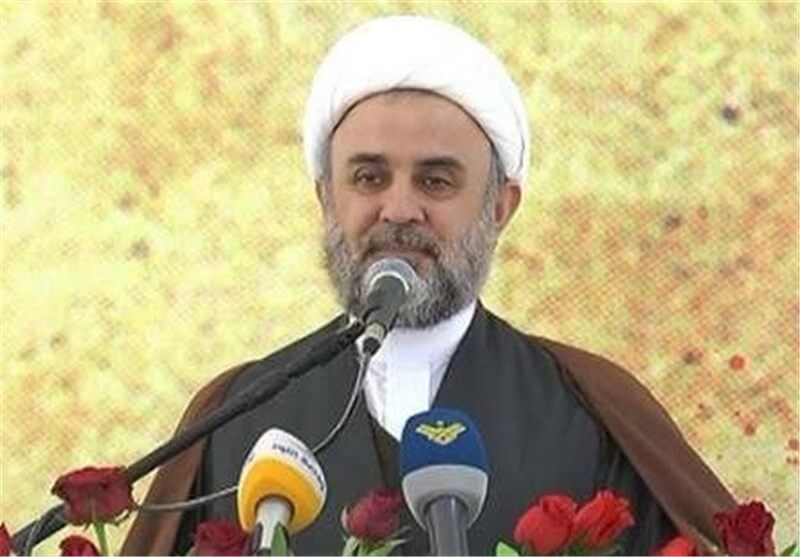