Islamic Invitation Turkey – The United Nations has warned that millions of Yemenis are facing death amid lack of funding that forced the organization to shut or severely cut half of its major programs in Yemen.

“We have a moral obligation to warn the world that millions of Yemenis will suffer and could die because we don’t have the funding we need to keep going,” the UN humanitarian coordinator for Yemen, Lisa Grande, said Wednesday.

She also urged donors to provide the funds needed to continue the UN programs in Yemen which had had a “real impact.” “Humanitarians have prevented large-scale famine, rolled back the worst cholera epidemic in modern history, and provided help to millions of displaced people.”

Five years of Saudi-led aggression on the impoverished country have left over 24 million Yemenis in dire need of humanitarian aid, including 10 million suffering from extreme levels of hunger.

According to the UN, the underfunding had a dramatic impact, including having food rations for over eight million people in northern Yemen in April, as well as slashing or cutting health services in a further 275 specialized centers for treating people with cholera and other infectious diseases.

The supplies needed to treat trauma patients, who will almost certainly die without immediate treatment, were cut. Medicines and essential supplies for 189 hospitals and 2,500 clinics – representing half of the health facilities in the country – will cease, if funding is not urgently received within weeks.

Saudi Arabia and a number of its regional allies launched the devastating war on Yemen in March 2015 in order to bring former president, Mansur Hadi, back to power and crush the Houthi Ansarullah movement.

The US-based Armed Conflict Location and Event Data Project (ACLED), a nonprofit conflict-research organization, estimates that the war has claimed more than 100,000 lives over the past five years. Riyadh and its allies have been widely criticized for the high civilian death toll resulted from their bombing campaign in Yemen. 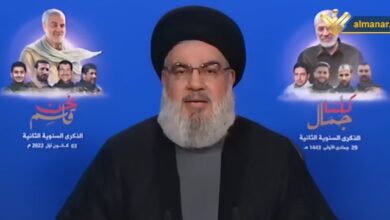