It’s once again the anxiety from Hezbollah that irritated the apartheid entity’s military institution. According to Haaretz daily, the Israeli Occupation Forces is changing the structure of its training exercises in order to better simulate combat situations against Hezbollah and Hamas. In addition to constructing tunnels on some bases, the army is set to create specific training units that will perform the same maneuvers and tactics of the Islamic Resistance.

The “tunnels” have been built in all Israeli brigade training bases [using shipping containers] to replicate underground fighting – one of the lessons learned from the fighting in Gaza in 2014. In recent years, it was also decided to conduct an increasing number of training exercises in the Galilee, and the Occupied Golan Heights.

“If we continue to train on the open hills of Tze’elim, we’re in trouble,” said an officer in the ground forces, referring to the army’s training base in al-Naqab. “We have to adapt the exercises to the enemy, and there’s a tremendous effort to make the training areas more suitable.” The next stage of the plan will be the creation of so-called “red forces” to simulate predominantly Hezbollah fighters, but also Hamas. These forces will have to “fight” against the soldiers and challenge them during training exercises.

Now the army wants to establish a “red force” company in every division, which will consist of reservists. The officer said these reservists will serve as an enemy force during exercises, and undergo training “in order to learn what Hezbollah is, and how to fight like Hezbollah.”

The army is in the process of purchasing equipment for this force, which will simulate everything about Hezbollah: from uniforms and flags to sniper rifles, Kalashnikovs, RPG rockets, explosive devices, and Kornet and Sagger anti-tank missiles. The simulations are designed to improve the soldiers’ ability to understand how Hezbollah looks, and to increase their ability to deal with the war zone and the enemy. An internal army document sees this as necessary for both officers and combat troops.

Everything being used will be an exact copy of Hezbollah and Hamas equipment – in size, color and appearance. The army wants to purchase 600 simulated Kalashnikovs, 300 keffiyehs and djellabas, about 350 face masks, 60 Kornet launchers and a similar number of Sagger launchers, Qassam rockets, and about 100 Dragunov sniper rifles. 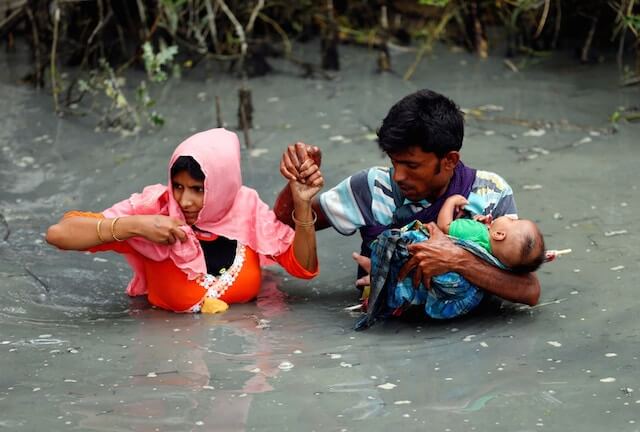