Russia will reportedly hand over the first batch of the S-300 surface-to-air defense missile system to Iran on Thursday. 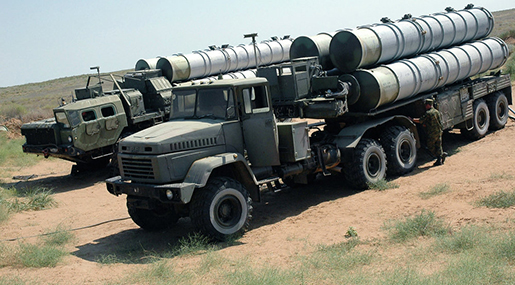 Iranian Defense Minister Brigadier General Hussein Dehghan, currently in Russia, will participate in a ceremony to deliver the first part of the defense system to Iran via the Caspian Sea on February 18.

Dehghan’s trip to Moscow came at the official invitation of his Russian counterpart Sergei Shoigu. The officials discussed the latest mutual, regional and international developments, as well as enhanced defense, military and technical cooperation between the two countries on Tuesday.

Russia committed to delivering the systems to Iran under a USD-800-million deal in 2007. Moscow, however, refused to deliver the systems to Tehran in 2010 under the pretext that the agreement was covered by the fourth round of the UN Security Council sanctions against Iran over its nuclear program.

Following Moscow’s refusal to deliver the systems, Tehran filed a complaint against the relevant Russian arms firm with the International Court of Arbitration in Geneva.

Eventually, in April 2015, Russian President Vladimir Putin signed a presidential decree, paving the way for the long-overdue delivery of the missile defense system to Iran. Relatively, Tehran and Moscow will sign a major military contract for the delivery of Russian Su-30SM multirole fighter jets to Iran in 2016.

Russia said the aircraft is advanced and can perform different functions. It is capable of air-to-air and air-to-ground strikes and can be equipped with a wide variety of precision-guided munitions.