Speaking in a meeting with commanders of security forces in Tehran on Sunday, Dehqan added that Iranians would not tolerate humiliation by world powers or their efforts to impose their own will on the nation. He said the recent remarks by US officials about Iran’s nuclear activities suggested a new plot was being hatched against the Islamic Republic.

Iran’s defense minister emphasized that such remarks showed that officials in the US were obtaining information from their lackey’s, namely the terrorist Mujahedin-e Khalq Organization (MKO), adding that the notorious group has no value in the eyes of the Iranian nation.

Dehqan made the remarks in reaction to recent MKO allegations claiming that the Islamic Republic is violating the historical nuclear agreement, known as the Joint Comprehensive Plan of Action (JCPOA), signed between Tehran and the P5+1 group of countries, including the US, by secretly conducting research into nuclear weapons components at the Parchin military site in Iran.

The Iranian minister dismissed the terrorist group’s allegations and said it was “very surprising” that US officials were still being misled by MKO terrorists whose main feature was acts of terror and treason. He said MKO terrorists were spreading lies and fabrications about Iran’s peaceful nuclear program, adding that some US officials also took an incorrect and hostile stance on the issue, particularly on the brink of presidential election in Iran.

“On the verge of this major national event, enemies will escalate their efforts to create insecurity,” Dehqan said. He urged the Iranian officials in charge of safeguarding the country’s security not to allow the enemies to carry out the slightest move to threaten national security.

Iran’s Deputy Foreign Minister for Legal and International Affairs Abbas Araqchi also on Saturday warned the US against being misled by the anti-Iran propaganda campaign of the MKO, saying that Washington had suffered every time it had trusted the notorious group. “The previous US governments have tested this path multiple times and have taken a knock every time,” he said.

Iran and the five permanent members of the United Nations Security Council – the United States, Britain, France, China and Russia – plus Germany signed the JCPOA on July 14, 2015 and started implementing it on January 16, 2016.

Under the agreement, limits were put on Iran’s nuclear activities in exchange for, among other things, the removal of all nuclear-related bans against the Islamic Republic. The IAEA has on multiple occasions confirmed Iran’s adherence to its commitments under the JCPOA.

The nuclear deal helped nullify the six anti-Iran resolutions passed by the United Nations Security Council under Chapter VII of the UN Charter, and fully closed the case of the so-called possible military dimensions (PMD) to Iran’s nuclear program. 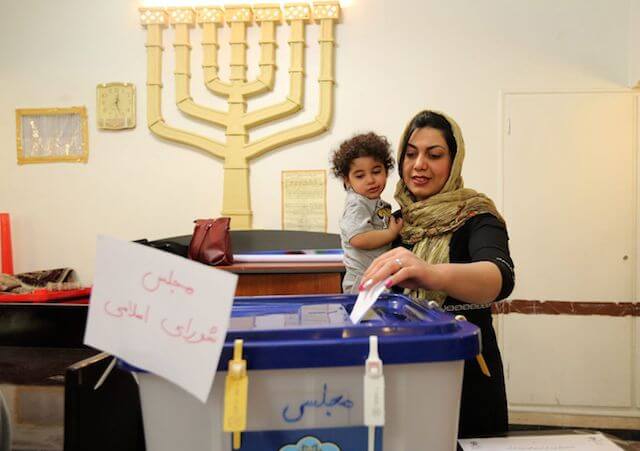