The Iranian Deputy Foreign Minister for Arab and African affairs Hossein Jaberi Ansari said that “the missile operation of the Islamic Revolutionary Guards against the leadership of the Daesh headquarters in Deir al-Zour was a clear message from the Islamic Republic of Iran in confronting terrorist groups.”

Jaberi Ansari said in an interview to the ‘Al-Ahed’ news website that Iran immediately after the recent terrorist attacks in Tehran announced that it would respond to Daesh’s operation, adding that “from the one hand, this process is a direct response to the attack by Daesh in Tehran. The operation is also a model of Iran’s clear policy in the fight against terrorist organizations especially the terror group, Daesh.”

Asked about Daesh’s consecutive defeats and the talk about Saudi support for terrorists who carried out operations in Tehran, Iran’s Deputy Foreign Minister said that “what happened in Tehran could be seen from several angles. One is the symbolic meaning of the areas targeted by the terrorists. It seems that if we paid attention to this aspect, we reach the deep issues in our region”.

He carries on to say that “the second point targeted is the Islamic Shura Council [parliament], which represents the second pillar of the Islamic Republic – freedom, people’s rights, the right to self-determination, democracy and the choice of the people.”

“The targeting of those two symbols of independence and freedom by the terrorists has its own meanings. There are currents and centers of power in the region that do not have independence and their people are deprived of freedom,” Ansari explained.

For the Iranian official this is a clear indication of “the sources from which these extremist terrorist movements receive support and orders and those who supply them with money and ideology.”

He pointed out that the other side of the story involves field developments in Iraq and Syria, where terrorist and extremist formations, especially Daesh, suffer from a major strategic crisis and have nowhere to run.

“These terrorists are trying to expand their operations to escape these difficulties to prove they are alive, but these moves will not affect this current strategic movement in Iraq and Syria, and the operations against terrorism are continuing with force,” adds Ansari.

The diplomat recollects what the Saudi Crown Prince Mohammed bin Salman said a while back when he went before the cameras and threatened to take the war inside Iran. Ansari also mentions the Saudi foreign minister’s tweet on the morning of the terrorist attacks in Tehran in which he stressed the need to pressure and confront Iran. The Iranian Deputy Foreign Minister views statements by Saudi officials – coinciding with the terrorist attacks in Tehran – as having specific meanings

“We also have information indicating that the Saudi regime is in contact and establishes relations with terrorist currents against the Islamic revolution in different regions of the country. And they have started a dangerous game.” He points out that this “game will cause negative strategic and significant problems for Saudi Arabia.”

Jaberi Ansari regrets that some rulers in the region and some countries of the world have not learned from previous experiences.

“Policies based on tactics with terrorist tools have led to major disasters at the international and regional levels,” he said. “In the past decade and toying with the terrorist tools in Syria and Yemen, led to the expansion of the waves of terrorism and extremism in the world; and today terrorism has become a crisis and a global challenge.”

He pointed to what happened in Afghanistan saying, “some of the world powers in Afghanistan, in order to confront the former Soviet Union, used these tools and its results were crystallized during the events of September 11 as well as the development of the activity of terrorist currents. Some forces in the region and the world used these tools in Iraq and Syria. Now, they are witnessing its results in the international arena.”

“The continuation of this dangerous game and dragging it to other areas will have the same results,” he stressed.

The Deputy Foreign Minister asserted that the Islamic Republic of Iran is a strong and stable state based on a national will. It has an independent government that is based on the choice of the people. It has the strength to withstand these tactical events. We will not allow them to use this tactical tool against Iran. He warned that those “in glass houses should not throw stones at others. Whoever tries to embark on something that has already been tried and experienced will regret it.”

“Saudi Arabia has been following these policies for decades against the Islamic Republic of Iran and the region; and we see that the Saudis are delivering support to the terrorists and promoting the ideology among the terrorist and extremist movements during these decades.” Jaberi Ansari said.

He explains that “Riyadh suffers from a problem. It has close ideological ties with these extremist groups and supports them politically and physically at a global level.”

“Its recent maneuvers came to take attention away from them, especially as the world during the last three years has focused its eyes towards the source of this danger. Saudi Arabia has – for many years – been the center of support for the terrorists and exporter of the terrorist ideology. We see that because of it, major damage has been caused to the world.” Ansari pointed out. “Saudi Arabia through these games seeks to divert attention from the center and focus of this great threat represented by it on the world.”

Ansari warned that this tactical game will land Saudi Arabia in more trouble and will drown the kingdom. “This game can have some short-term benefits to Saudi Arabia. But this policy is a failure and does not lead to results.”

He believes that “the Islamic Republic of Iran knows how to manage its own affairs. Over the past four decades, we have managed our affairs in light of the crises left by the enemies of Iran, and today you see that Iran’s stability and strength are increasing every day.”

Regarding Yemen, the Deputy Foreign Minister stated that the country is “facing genocide and an unjust blockade from land, air and sea. People are being killed by shelling and disease. This is one aspect of the developments in Yemen. The other aspect is the steadfastness and resistance of the Yemeni people, which confronted – during the past decades – several foreign attacks and never surrendered to any foreign aggression and preserved its independence, dignity and pride.”

“The Yemeni people will not surrender to Saudi pressure and will withstand this aggression. The negative consequences of the war will eventually bounce back on Saudi Arabia,” Ansari said. “Saudi Arabia wanted to control Yemen within a few days or months. But years passed, and it has failed to achieve what it wants and will not achieve it in the future.”

“The continuation of this war means that Saudi Arabia will continue to be defeated and will sink deeper into trouble.” “Saudi Arabia must recognize its misguided policies and that it cannot take its unilateral policies against the peoples of the region,” said the Deputy Foreign Minister.

“This is, unfortunately, what Saudi Arabia is following in the Qatari crisis. This is the main title of the Saudi policy represented by forcing its unilateral policies on others, the policy of launching direct wars, and the policy of widely using the terrorist tool to achieve its political objectives. But none of these three titles of the Saudi policy can be achieved. Saudi Arabia must return to reason and rationality so it does not face more defeats. It should respect the voice of reason and logic and respect the sovereignty and independence of the states and peoples of the region.” 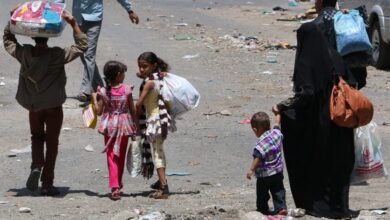