Mehr News Agency – Iran’s Foreign Ministry issued a statement on Saturday and announced that while Iran pursues the violation of JCPOA by the US, it will react fittingly to newly imposed US sanctions. 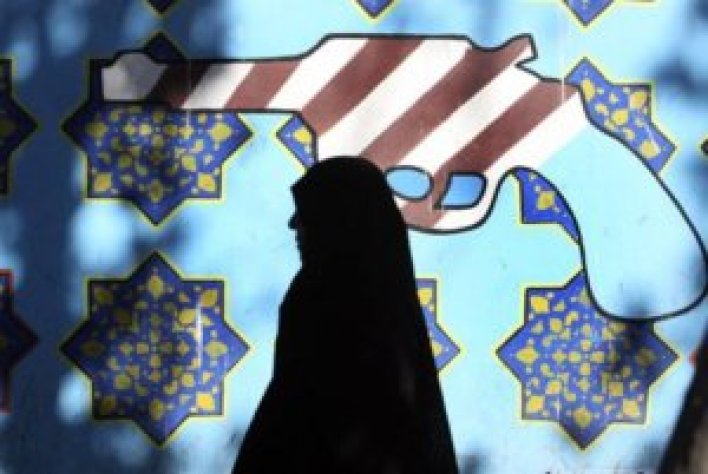 Iran’s Foreign Ministry has issued a statement saying that the internal consistency of JCPOA and international support prevents the attempts by Mr. Trump and the Zionist regime to bring Iran to its knees.

The full text of the statement is as follows:

On Friday, January 12, 2018 the US President was forced, despite his one year effort for nullifying JCPOA, to extend the mandatory waivers of the Joint Comprehensive Plan of Action (JCPOA). The internal consistency of JCPOA and the international support for this deal have prevented Mr. Trump, the Zionist Regime and the unwelcome alliance of war-mongering extremists to annul this deal or bring changes to it. In line with his one year attempts, however, the US President continues antagonistic conduct against the people of Iran and repeats the threats which he has always failed to carry out. Continuing the methods he adopted since last year, at the same time as carrying out the mandatory measures defined in JCPOA, he has imposed sanctions on some Iranian Americans and other foreign citizens under illegal, old-fashioned and ridiculous pretexts in order to show his animosity toward the great people of Iran. His intention is to make up for at least a part of his failures. The Islamic Republic of Iran condemns the threats of the US and the addition of new individuals to the list of sanctions, and highlights certain points:

1. The Islamic Republic of Iran along with other parties to JCPOA and the global community have stressed several times that JCPOA is a binding international document and is not negotiable at all.

2. The Islamic Republic of Iran reiterates expressly that it will carry out no measures beyond the commitments it has made through JCPOA. Iran will accept no change to the deal, neither at present nor in the future, and will not allow others to make any connections between JCPOA and any other issue.

3. Similar to other parties to JCPOA, the US government is obliged to meet all the commitments it has made and in case it does not discharge its duties, it has to bear the consequences.

4. Since two years ago when JCPOA was put into effect, the US government has always violated several provisions of the deal through its false promises, indecision and antagonistic policies. The policy Mr. Trump has pursued for the last year and the statement he presented today are in stark contrast to clauses 26, 28 and 29 and the Islamic Republic of Iran will report this flagrant violation to the Joint Commission of JCPOA.

5. The decision made by the US government to add a number of Iranian American and other citizens to its self-made and illegal list of sanctions only indicates the antagonism of the US governing body toward the great people of Iran.

6. The antagonistic, illegal measure of Trump’s regime to put the name of the Head of the Judiciary Ayatollah Amoli Larijani in the so-called list of new American sanctions has crossed the red line of international diplomacy and is against the basic principles of international law and a violation of bilateral and international commitments of the US. The Islamic Republic of Iran will definitely show a fitting reaction and the US government has to accept full responsibility for the consequences.

7. Relying on the splendid notion of human rights for imposing sanctions on Iranian officials and citizens by a regime whose most important allies are the worst violators of human rights in contemporary history, and by a person whose mind is distorted by racism and chauvinism and whose recently made dirty racist remarks against several nations have raised the hatred of the international community and the American nation, and a person who considers it a personal triumph to sell weapons worth billions of dollars for the massacre of innocent human beings in the Middle East and the spread of violence and chaos, is a source of disgrace and dishonor for the civilized nations and a stigma for modern governments.

8. The US government that has developed, through the last decades, the worst reputation for oppressing the independent nations and supporting oppressive regimes – including the unconditional support given to the Pahlavi regime and mounting a coup against the democratic government elected by the people in the past and backing occupying, aggressive and oppressive regimes such as the Zionist Regime and its regional allies in the occupied Palestine, Yemen and Bahrain – sheds crocodile tears and voices false slogans, purporting to uphold the rights of the Iranian people while it imposes tough sanctions, bans Iranians to travel to the US and calls the civilized people of Iran a terrorist nation.

9. Imposing illegal sanctions and making antagonistic remarks and adopting measures by the US government against Iranian officials and the brave people of Iran that results from the tyrannical, greedy nature of the US authorities, has always been considered as a failed, invalid policy for the public opinion and the clear conscience of the people of Iran and the world. Resorting to such measures stems from the fact that the US has despaired of manipulating the thoughtful people of Iran who has always opposed the interventionist measures that try to bring unrest and crisis to the Islamic Republic of Iran within the last decades.

10. The US must learn that all the sections of the powerful government of the Islamic Republic of Iran that receive constant support from the great people of Iran, with a unified tongue and heart, disregard such antagonistic policies and double standards against Iran and will give a fitting response to such aggressive conduct.