Al-Ahed News – Being Middle Easterners, we always root for anyone who represents humanity, ethics, compassion, and righteousness with his actions and words. We support such people regardless of their nationality or religious beliefs as our culture teaches us to look at a person’s deeds and not his passport or place of worship. We stand firm by Prophet Mohamad’s (PBUH) teachings and he has instructed us to refrain from differentiating between men on the basis of Arab and a non-Arab or color of skin. Rather, we are taught to rely on personal integrity and moral rectitude as standards. In other words, neither nationality nor race matter. Trump has finally listed Iran’s Revolutionary Guard as a terrorist organization. Something must have happened to the man’s phone, keeping him away from Twitter long enough to look through more of the history book gifted to him by Netanyahu during his inauguration which, incidentally, had marked an important day in the history of philosophical literature where the word “alternative” became synonymous to “deceit” thanks to a political novice by the name of Kellyanne Conway. 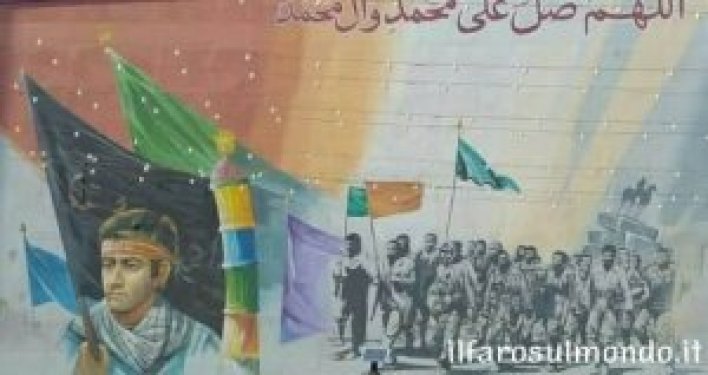 Back to us, Middle Easterners, and how we are culturally preconditioned to support the righteous even if he is not one of us. We are prepared to do just that for Trump if he would only take the time to explain to us how the Iranian Revolutionary guard (must have) been the ones who committed the following acts that warrant the designation ‘terrorist group’:

There are more atrocities that can fill up volumes but the above should be sufficient in relaying the message.

The book that Netanyahu gave Trump, entitled “History of the World for Zionist Puppets,” seems to have convinced the latter that the Iranians had successfully disguised themselves as US Marines for the past 75 years or so. Napalms incinerating whole villages in Vietnam were actually called Shahab-3 and the bomb dropped on Hiroshima was named Pesar Kuchulu.

Who could have thought that the concept of a political fiasco can be elevated to such new levels?

The president of a country whose top security and military entities (Langley and the Pentagon) are governed directly from a gang of land thieves in Tel Aviv has the nerve to throw derogatory titles at Iran’s Revolutionary Guard. His military forces have been at war one place or another continuously since the year 1950, killing and destroying everything in their way for no other reason than to benefit the bank accounts of major corporations and, he speaks ill of a highly disciplined military force that has never attacked anyone. This is the man that America has elected to its highest public office.

The men of the Iranian Revolutionary Guard have not only kept peace with everybody else, they also had an essential role in combatting the terror of ISIS and similar groups just like their Lebanese, Yemeni, Iraqi, and Syrian friends did. Perhaps one of the very rare moments when Trump spoke the truth was in his confession regarding the US creation and support of those terrorist organizations. Then again, it was his military’s helicopters that granted passage to those terrorists out of the battlefields when they were cornered.

Trump should ask his advisors regarding the legal liability, in the eyes of the American law, of a person who contracts an assassin and pays him to end lives. Is this not what his administration and the one preceding it did when they created and kept supporting al-Nusra and the likes?

If the Iranian Revolutionary Guard is really guilty of anything, it is running to the aid of their brothers and sisters in the region to fight the newest form of social cancer since the founding of the Zionist entity.

As for Trump’s latest decision, there shouldn’t be any effect other than more paperwork and filing for those poor White House interns he is driving to the brink of insanity with all his futile presidential decrees. The Revolutionary Guard does not depend on arms deals that could be suspended and the Iranian people of all categories appreciate the sacrifices of their Revolutionary Guard children; they believe in the righteousness of fighting terror. Also, no ally of Iran is scared of Trump.

Al-Quds [Jerusalem] is Palestinian, the Golan Heights are Syrian, and the Sepah Pasdaran are a part of Iran. Trump can sign all the decrees and memorandums he wants. These three will stay long after he does the walk of shame out of the White House and into Trump Tower where he can start focusing on fake universities and steak again.