The 12th Anniversary of the memorandum signed by His Excellency the President of the Republic General Michel Aoun and Hezbollah Secretary General His Eminence Sayyed Hassan Nasrallah at Mar Mikhael Church highlights the importance of this historic event, carving a new path on the Lebanese arena. This agreement proved its effectiveness throughout all the stages that Lebanon has passed through – from the 2006 hostile aggression to the war on terror over the past few years to the various events that the country has witnessed throughout more than a decade.

This agreement, which brought together the hearts, minds and wills of two major and essential Lebanese groups, was crucial in terms of achieving security, civil peace and political stability. It further played a major role in addressing many of the thorny issues at the local level, serving as a model for building relations between the Lebanese political forces.

Mar Mikhael memorandum was not only a meeting between political leaders, but also proved over the past years that it forms a great opportunity for major rapprochement and being a bridge between the two bases of Hezbollah and the Free Patriotic Movement.

This gives this understanding a greater importance and makes it a gateway for bringing together all Lebanese in a manner that elevates Lebanon into accord and understanding arena. Hence, it is important to show utmost keenness on preserving this agreement and maintaining it in the face of foreign forces that sought and continue to strike and target it.

In the anniversary of the memorandum, we renew our commitment to it and we stress working on its bases to achieve the great goals it aspires and to advance Lebanon and its sons towards a better future.

US behind new rise of terror in Afghanistan 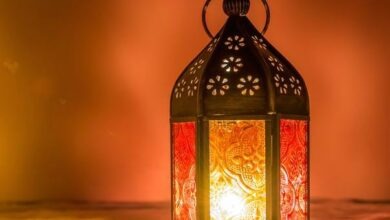