Mehr News Agency – Professor Paul Pillar, who was CIA intelligence analyst for 28 years, says that the future of the JCPOA does not look good. Pillar says, “The Europeans so far have simply not given much indication of implementing an economically significant arrangement that would be sufficient for Iranians to say that the deal is meeting their expectations.”  He also adds that “the economic clout of the United States is such that the US administration can still scare and intimidate businesses and governments from having much to do with Iran.” 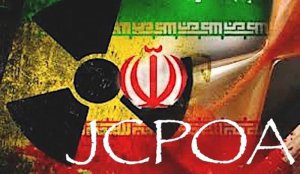 Following is the text of the interview:

Given that Iran’s needs were not met by the nuclear deal, by which I mean removing the sanctions, and as the result of the US withdrawal from that agreement and Europe’s passivity, Iran has announced that it is stopping the sale of enriched uranium and heavy water. This action will be held for 60 days to bring the parties to the negotiation table. How do you assess this issue?

Iran is saying its patience is not unlimited. It has complied with its obligations under the JCPOA for an entire year, despite the US reneging on its own obligations. President Rouhani is saying that must change. Iranian leaders have given up on the Trump administration. They still are hoping for a change in US policy as of January 2021, but it has become politically and economically untenable for Iranian leaders simply to keep waiting for US policy to change. Rouhani is challenging the Europeans, in particular, to do more to make up for the economic shortfall from the US reneging.

The Iranian nuclear deal is an agreement based on the clarity and commitment of both sides. Paying attention to the important role that the US plays on the other side and the passivity of European countries towards the US, Iran remains committed to this agreement. Bringing into consideration the current situation, how do you assess its future?

The future of the JCPOA does not look good. The Europeans so far have simply not given much indication of implementing an economically significant arrangement that would be sufficient for Iranians to say that the deal is meeting their expectations. The economic clout of the United States is such that the US administration can still scare and intimidate businesses and governments from having much to do with Iran. If the agreement collapses, it would be difficult to piece it back together even after a change of administration in the United States.

After the failed coup in Venezuela, it seems that John Bolton’s role in Trump’s decision-making process will be reduced. Is there any possibility that in the result of Bolton’s aggressive activities which were not successful, the role of the aggressive party in the Trump administration will be reduced?

The aggressive nature of US policy, especially toward Iran, does indeed depend heavily on Bolton’s future. That, in turn, depends on impulsive and hard-to-predict decisions by Donald Trump. Bolton may have lost some favor with Trump because of differences on both Venezuela and North Korea. Bolton’s job might be in jeopardy if Trump, who right now probably does not want a war with Iran, sees Bolton as leading him into one. But Trump might not see things that way, or Trump himself, faced with more domestic political problems, might himself come to welcome a military clash with Iran as a distraction.

President Rouhani called the Iranian nuclear deal a win-win or lose-lose game. What’s the point of this message for the other side?

Rouhani is saying that if everyone observes the JCPOA, everyone benefits. And if the agreement breaks down, that will benefit no one. Iran clearly would lose economically, but the United States and others also would lose by having an avoidable nuclear crisis on their hands. Rouhani’s perspective is far different from that of Donald Trump, who seems to see every agreement as a matter of one side winning and the other side losing.