Mehr News – While the “Democrat-Republican” dilemma still challenges the minds of some domestic intellectuals and they are still sorry for the failure of Hillary Clinton in the 2016 presidential election, the American parties have begun a total and complete confrontation against the JCPOA. The law called Iran Ballistic Missiles and International Sanctions Enforcement Act was recently approved by the House of Representatives in May 1698. The vote was 423 to two. 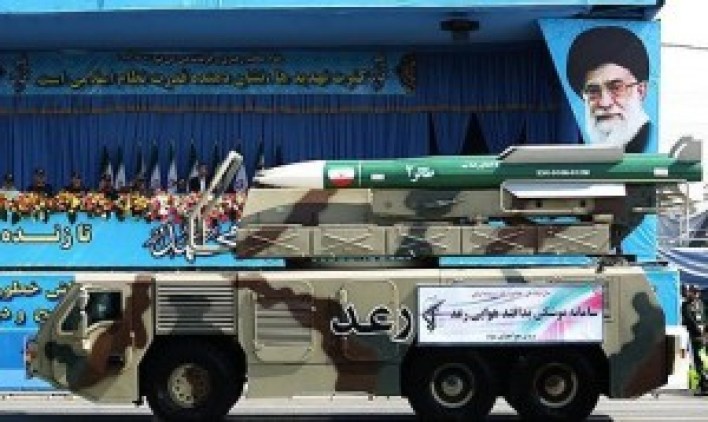 This is the very law that provides grounds for massive missile sanctions against Iran. During the adoption of the CAATSA, the Democrats’ Majority in the House of Representatives voted for this proposal. It is worth mentioning that this plan violates the Joint Comprehension Plan of Action (JCPOA). In the Senate, only Bernie Sanders (the Independent Senator) and the Republican Senator Rand Paul rejected this plan. But the desire of the Democrats to confront Iranian missile forces (even at the cost of breaking the JCPOA) is far more than the Republicans. In this regard there are some points that need to be addressed.

In November 2014, during the nuclear talks between Iran and the members of the 5+1 in Muscat, there was an unprecedented insistence by former US Secretary of State John Kerry, on the inclusion of Iran’s missile power in the content of the JCPOA. Even the US nuclear negotiating team has announced that it would refuse to discuss other differences between the parties if the Iranians” missile power is not included in the deal.

Kerry’s insistence on his own position led to the failure of nuclear talks in Muscat. Subsequently, at the tenth round of nuclear talks in Vienna, US officials once again called for limiting Iran’s nuclear missile power capability. However, the White House preferred to retreat from its willingness to negotiate Iran’s missile power and its inclusion in the JCPOA. The narrative of Richard Nephew, a former member of the nuclear negotiating team of the United States, can be considered in this regard.

Nephew said that during the 18 months of negotiations leading to the nuclear agreement, Iran resisted the US pressure to put up its missile program for negotiations and successfully campaigned to limit the talks to the nuclear issue due to a lack of international support for the US position. Nephew warned that “Abandoning or undermining the JCPOA will, if anything, make it more difficult for Washington and its allies to address the [perceived] threat”.

According to Nephew’s remarks, the US’s resilience to the issue of Iran’s missile capability was due to the special international conditions of that time and increased probability of failure of the nuclear talks. It is certain that this opposition has no intrinsic side.

Democratic absolute ties to the Republicans during the passage of Resolution 1698 in the House of Representatives indicate that the party’s leaders would also like to take advantage of Trump’s presence at the White House to include Iran’s missile power issue in the JCPOA. Some Democrats believe that this should be added as an “amendment” to the JCPOA. Others agree to conclude a secondary agreement on this matter.

However, both of the US main parties, regardless of formal differences, share a major aspect of the issue. Richard Nephew, a former member of the US nuclear negotiating team, has advised US officials that in order to push Iran toward the table of negotiations on its ballistic missiles, Trump should pursue a “twofold” strategy.

“First, Washington should pursue measures, such as targeted economic sanctions, to slow and stymie the advance of Iran’s missile program; and second, it should seek to negotiate a deal with Iran that would facilitate arms control.”  He also added that such an agreement could also include a ceiling on the number of missiles owned by regional governments.

One can see that the so-called moderate democrats, even prepared the details of their agreed missile deal with Iran in their own minds and presented it to the Republicans. Officials from the former US administration believe that the cooperation of the European Troika with Washington on the inclusion of Iran’s missile power in the JCPOA, or the conclusion of a second consensus, which includes restrictions on Iran’s missile activities, is a huge bonus for Trump, and the new US president should use it.

Former Secretary of State John Kerry has just announced that he will hold talks with European officials to keep up the JCPOA. Kerry opposes Trump’s insistence on changing the Sunset Clauses and making the restrictions on Iran’s nuclear program, permanent, but there is little opposition to the inclusion of nuclear missile power of our country in the content of the JCPOA. In other words, Kerry’s consultations with Democrat senators and European officials on the issue of securing the JCPOA are not essentially over the issue Iran’s missile power.

Even it seems that Kerry and other members of the former nuclear negotiating team have made suggestions to the Republicans to address the barriers and legal implications of the inclusion of Iran’s missile power issue in the JCPOA. Democrat senators are currently busy with tight talks with Tom Cotton and Bob Corker over how to limit Iran’s missile capability in the Congress plan.

Recently, the Associated Press reported that in Cotton-Corker joint plan, prepared in consultation with the White House, any attempt by Iran to convert the space launcher into an intermediate- or long-range missile, would automatically lead to automatic nuclear sanctions. Another part of this plan emphasizes that the flight test, production, or deployment of continental ballistic missiles would be synonymous with the violation of the JCPOA by Iran and means the return to nuclear sanctions.

Interestingly, according to the latest estimates in the US Congress, most Democrats do not oppose the integration of Resolution 2231 and the JCPOA with each other, and to establish a direct link between Iran’s missile program and the Joint Comprehensive Plan of Action (which is contrary to the nuclear agreement).

Ultimately, the approach of former US government officials and Democrats’ senators towards the changes of nuclear talks, naturally leads to the false propaganda of the “Democrats’ being a benign gland”. The proposition that was wrongly shaped by some of our politicians and created a lot of expenses for our country.