Alwaght – While the operation to recapture the northern Iraqi city of Mosul from ISIS terrorist group is being pressed ahead by a coalition of the Iraqi forces, on the other side of the anti-terror battle the army forces in Syria along with their allies from the Axis of Resistance and Russia are planning to launch their big operation in the embattled northern city of Aleppo.

According to Alwaght, while the Iraqi forces are making sweeping progresses in Mosul’s outskirts and have liberated neighborhoods in eastern and southern Mosul, in the neighboring Syria the armed forces, backed by allied forces and the Russian fighter jets, have managed to retake areas in western Aleppo that over the past month were seized by the Jabhat Fateh al-Sham, or former al-Nusra Front.

In very latest Syria developments, the Syrian sources reported that following fierce clashes with terrorist groups, the Syrian army’s forces along with their allies succeeded in fully liberating the Al-Assad Neighborhood as well as Menyan village in western Aleppo.

Following heavy fighting that lasted for several hours after midnight, the Syrian government’s forces repelled terrorists from Al-Assad Neighborhood and Menyan village. The military sources said that full liberation of Menyan came after the terrorists saw destruction of their defensive organization and fled the battlefield towards Aleppo’s western outskirts. Afterwards, the army announced that it cleansed the village and Al-Kartoun Factory which is located next to Menyan.

It appears that now the concentration of the Syrian army forces and their regional allies is directed to western Aleppo. A week ago, the London-based Arab language daily Rai al-Youm reported that the Syrian army liberated Tal al-Rakhm and Tal al-Motah neighborhoods in Aleppo’s West. Additionally, the Syrian armed forces managed to take control of the 1070 Apartment District in southwestern Aleppo following severe clashes with the militants.

The anti-Syrian government militant groups, on top of them Jabhat Fateh al-Sham terrorist group, earlier launched a massive assault codenamed Great Epic Operation to break the encirclement imposed by the government forces on Aleppo’s eastern parts. They managed to take control of some areas after sustaining heavy death toll. However, the Syrian government’s forces reclaimed them from the terrorists after a major anti-terror offensive in the city.

In other fronts, particularly in Rif Dimashq governorate, the Syrian armed forces began a large-scale assault against the militant groups. The assault led to advances in western farms of Reyhan town close to Douma, the center of Rif Dimashq. In southwestern Damascus, the Syrian armed forces repelled a surprise attack conducted by the militants in Al-Bouwaydah road in Khan Al-Shih town.

A combination of these developments herald a likely change in the battleground conditions in Aleppo. Aleppo since mid-2012 has been a key front of battle between the Syrian government and the terrorists. The possible liberation of this significant city from terrorist and militant groups, could be considered a prelude for ending an over 5-year terrorist-caused crisis in the country.

Many analysts believe that the recent Aleppo front’s developments, including liberation of 1070 Apartment District, indicate the plans by the government forces to resume the comprehensive assault to liberate Aleppo.

During the last month, the Syrian forces announced ceasefires for three times in Aleppo, all in coordination with the Russian forces. The truce was aimed at giving the Syrian army and backers the time to gather strength to re-launch massive offensive against the terrorist groups in the embattled city. The first phase of ceasefire was announced by the Russian foreign ministry in late October. Three days after announcement, Moscow said that it will extend the temporary truce for additional three days to help improve the conditions of the city and facilitate exit of the civilians from the northern city. Extended time for exit of the civilians was a sign of plans to resume the big anti-terror campaign by the Syrian forces and their allies.

On the other side, the possibility of resumption of the anti-terror campaign in Aleppo was ramped up as Russia made many Syria-related military moves. A Russian military official revealed earlier that a flotilla of the Russian warships spearheaded by the Admiral Kuznetsov aircraft carrier will soon start strikes at the terrorists in Aleppo’s gates.

The Russian military official added that warships belonging to the Russian Northern Fleet along with the Admiral Kuznetsov aircraft carrier, the nuclear-powered battlecruiser Pyotr Velikiy, two Severomorsk-class guided-missile destroyers, and Vice-Admiral Kulakov destroyer arrived off the Syrian coast and are ready to strike the terrorists’ command centers in the upcoming hours.

The Russian military source described the expected Russian strikes at the terrorists in Syria to be massive, adding that the Russian forces will use new and modern weapons, including the high-accuracy Kalibr cruise missiles, in their anti-terror bombing campaign.

The strikes at the positions of the militants are also expected to be carried out by fighter jets flying from aboard the Admiral Kuznetsov flat-top.

All of the above-mentioned developments can only signal one thing: the onset of the huge military operation by the Syrian army in Aleppo with a backing from its allies. The operation can be very decisive for Syria. While the ISIS terrorist group is under heavy pressures from a coalition of the Iraqi forces in Mosul, and regarding that the US will likely reduce backing for the anti-Assad terrorist groups under Donald Trump presidency, the Syrian government will get further chances of success. 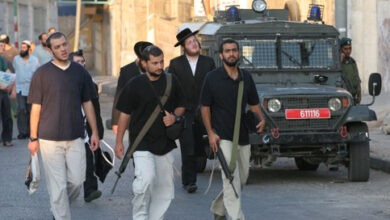 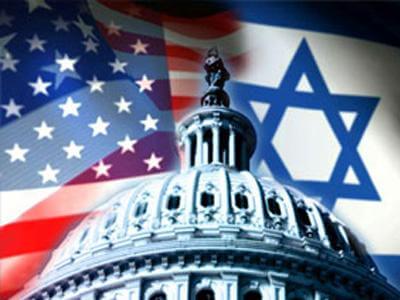