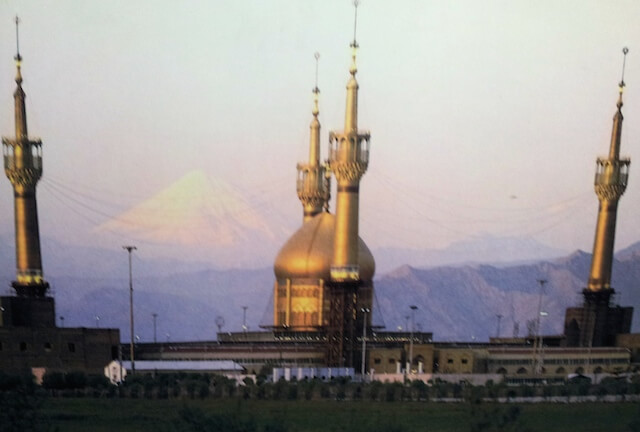 Tehran – On Wednesday, June 7, suicide bombers and gunmen carried out a pair of attacks, hitting the Iranian parliament and the mausoleum of the founder of the Islamic Republic, Imam Khomeini. A sum of 17 people were killed and dozens of others were wounded.

The nature of the targets has far-reaching consequences, with one of the most sacred sites in the capital being hit, and ISIL quickly taking credit. The Islamic Revolution Guards Corps is blaming Saudi Arabia, and the whole nation is piling on to this, arguing that the House of Saud and by extension the Trump administration were to blame – for their general support of terrorist groups in Iraq, Syria and Yemen.

On balance, President Trump’s recent visit to Saudi Arabia, during which he loudly pushed for general hostility toward Iran, can’t help but also be noted for being followed so quickly by virtually unheard of attacks in the heart of Tehran. More in the following:

1) Long before the attacks, Saudi Deputy Crown Prince and Defense Minister Mohammed bin Salman had already threatened that if Saudi Arabia comes to blows with Iran, the Wahhabi Kingdom will go to war inside Iran. The Saudi Prince who is next in line for the throne, threatened, “We will not wait until the fight is inside Saudi Arabia and we will work so that the battle is on their side, inside Iran, not in Saudi Arabia.” This is clearly an open threat of war against a nation who has not invaded or occupied Saudi Arabia. Meaning, it is wrong for Iran to take Saudi Arabia’s threats lightly.

2) Iran is an important member of the Syrian led anti-terrorist coalition and is a party to the Astana Peace talks led by Russia. The Syrian Safe-Zone Memorandum to which Iran is a signatory, has been praised by the United Nations. By contrast, Saudi Arabia is one of the world’s biggest state sponsors of terrorism. Saudi Arabia is directly responsible for the funding of Al-Qaeda and ISIL. Iran is the staunch opponent of these terrorist groups both on the battlefield and in terms of ideology.

3) A recently leaked 2014 email from former US Secretary of State Hillary Clinton acknowledges, citing Western intelligence sources, that the US-backed regime in Saudi Arabia supports ISIL. “We need to use our diplomatic and more traditional intelligence assets to bring pressure on the governments of Qatar and Saudi Arabia, which are providing clandestine financial and logistic support to ISIL and other radical Sunni groups in the region,” the document states. This adds to a growing body of evidence that Riyadh helped orchestrate the ISIL terror attacks in Tehran.

4) Saudi Arabia claims it has stopped giving aid to terrorist groups under US pressure, and it has also backed off its support of the head-chopping “moderates” inside Syria, a process that culminated in the removal of spy chief and Syria point man Prince Bandar bin Sultan. The problem is, private donations from Saudi Arabia and the Persian Gulf Arab states have continued apace. For the last few months, the Saudi regime has been attempting, somewhat awkwardly, to both continue to fund the terrorist groups fighting the Syrian government while starting or joining so-called coalitions against ISIL, of course with no meaningful action on the ground.

5) It is the firm belief of pundits after pundits in the West that: ISIL slits throats, kills, stones, cuts off hands, destroys humanity’s common heritage and despises archeology, women and non-Wahhabis (that includes various Sunni, Shiite and Christian faiths as well as nonbelievers). The Saudi regime is better dressed and neater but does the same things. But the West wages war on one while arming the other and forgetting that the House of Saud relies on an alliance with a depraved ideology that produces, legitimizes, spreads, preaches and defends Wahhabism that ISIL feeds on.

6) Saudi Arabia’s so-called “tough stance on terrorism” sits uneasily with its reputation. The homeland of Osama bin Laden and Wahhabism, struggles to counter the widely-held belief that it is an incubator and exporter of murderous fanaticism. Its intolerant Salafi-Takfiri Wahhabi ideology is shared by ISIL and Al-Qaeda. Riyadh dismisses ISIL, though the crimes against humanity are common to both. ISIL uses the Takfiri doctrine of excommunication to justify the slaughter of Shiites, Christians and Yazidis.

7) No doubt substantial and sustained funding from private donors and the regime in Saudi Arabia, to which the world has turned a blind eye, has played a central role in the ISIL surge into Iraq, Syria and beyond. Such things simply do not happen spontaneously. This sounds realistic since the tribal and communal leadership in Sunni majority regions in the Middle East is much beholden to Saudi and Persian Gulf paymasters, and would be unlikely to cooperate with ISIL without their consent.

8) The forecast by Prince Bandar, who was at the heart of Saudi security policy for more than three decades, that the 100 million Shiite population in the Middle East faces disaster at the hands of the Sunni majority, should be more than enough to convince the international civil society that Shiites are the victims of a Saudi-led campaign to crush them. Not just Shiites but the whole world sees the threat as not only military but stemming from the expanded influence over mainstream Wahhabism, the intolerant version of Islam espoused by the world’s biggest sectarian agitator Saudi Arabia that condemns Shiites and other Islamic sects that include tens of Sunni faiths as non-Muslim apostates and polytheists, and hence condemned to death.

9) For all the Tehran “fireworks,” this escalation will probably not change much. The fallout from Wednesday’s terror attacks will clearly roil regional politics. There seems little question that this was an intentional escalation by the Saudi leadership, which could not have been surprised by the regional and international backlash. The most surprising result of the attacks is that it shattered the red lines that had governed “Saudi management of Iran’s influence” in the region for decades.

10) Saudi use of terrorism and sectarianism in its regional policies is the subject of a robust political science literature. Its anti-Shiite mobilization has long been viewed as an effective way of blunting Iran’s appeal to Sunnis, while serving as a currency in intra-Sunni competition for influence. From this perspective, the new sectarian escalation is driven by Riyadh’s dangerous mixture of perceived threat and opportunity. Saudi Arabia feels strong within Arab politics at the moment. But the regime clearly feels vulnerable and desperate as well. Its failed wars on Syria, Iraq and Yemen, and the rise of nuclear Iran have left it feeling profoundly vulnerable. This combination of desperation and vulnerability has made for erratic foreign policy – especially with an aggressive new leadership eager “to make its Wahhabi mark within Iran.”

All things considered, the coordinated attacks on Wednesday did dramatically undercut the silly attempts by the House of Saudi and the Trump White House to present Iran as the main cause of terrorism in the region, as opposed to one of many nations being a victim and fighting against it. As maintained by Supreme Leader Ayatollah Seyed Ali Khamenei, the “fireworks” would have no impact on Iran, they would only serve to strengthen the nation’s unity and resolve to fight terrorism and extremism in Iraq, Syria and beyond.

The condemnable attacks will have major consequences though, as the targeting of Iran, and particularly of Imam Khomeini’s mausoleum, are certain to enrage a large amount of the Shiite world even further against ISIL and the House of House, which is the most visible symbol of ISIL’s Takfiri-Wahhabi extremism. 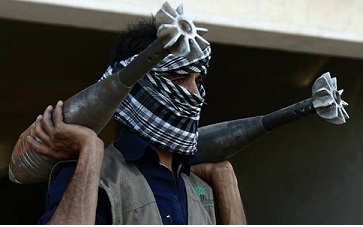 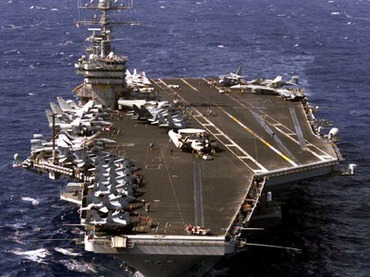 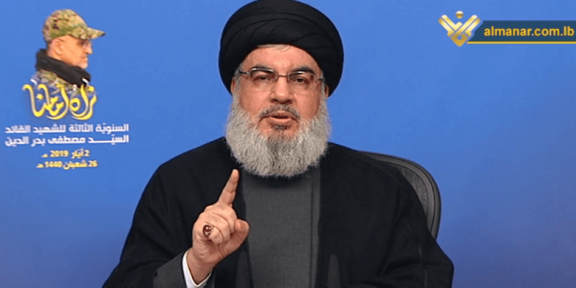 Nasrallah: Israeli Brigades to Be Destroyed in Lebanon 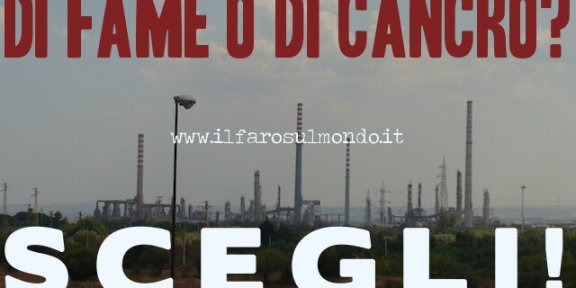 Zahhar to Al-Manar Website: We Know Nothing about Any ‘Issued Statement’ 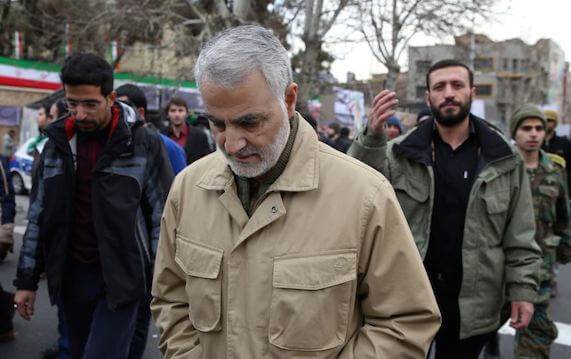 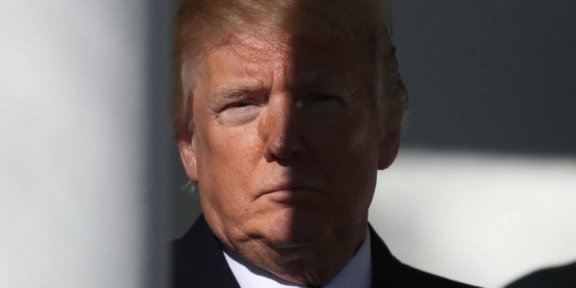 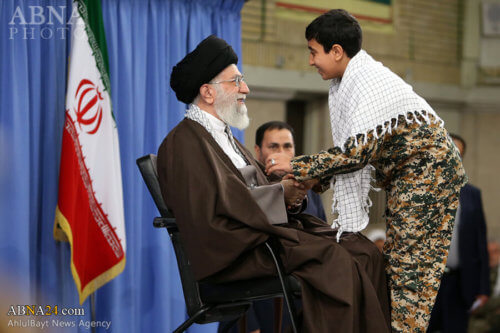 Leader of the Islamic Revolution Ayatollah…